Unified women’s welterweight champion has the distinct honor of headlining the final HBO Boxing card (for now) on December 8th at the StubHub Center in Carson, CA, yet the historic night is falling into the shadows since Vasyl Lomachenko is returning the same night in New York and Golden Boy Promotions is promoting a show in Indio, Ca.

Braekhus, who we last saw on HBO in a fight of the year contender against Kali Reis in a bout Braekhus was dropped in the seventh round and appeared hurt from that point on. Braekhus also picked up a win overseas against Inna Sagaydakovskaya, but it was very difficult to find the fight, and not many saw it live or in hindsight.

On Tuesday, Braekhus held a media day at Churchill Boxing Club in Santa Monica, CA alongside Louisa Hawton, who is trained by Elvis Grant. Though we are unable to get you an interview content from the event we are sharing a video provided by a YouTube channel entitled HookedOnBoxing.

Canelo Alvarez moving back to middleweight after December 15th 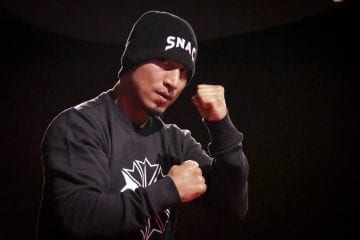