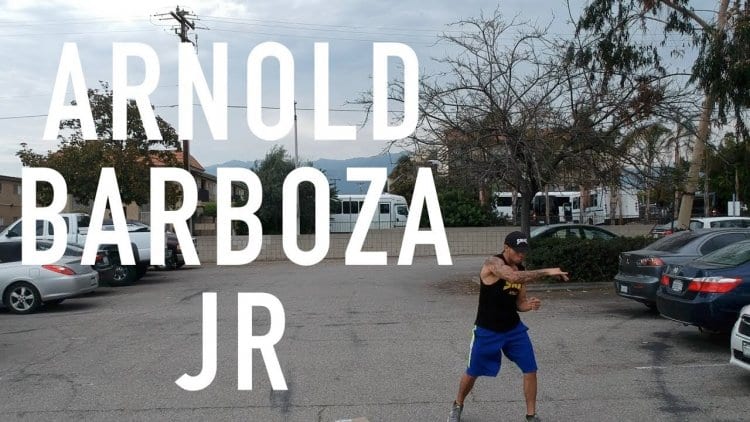 Super lightweight Arnold Barboza Jr. beat Manuel Lopez soundly winning every round in a ten round bout that saw him pick up the vacant NABF Junior Super Lightweight title.

“I worked on everything” Barboza Jr. said after the fight.

Barboza would further elaborate that he fought all types of fighters in the gym from southpaws, brawlers to boxers who would negate action and that he believes he is ready for anyone.

Barboza fought on the inside for most of the fight showing off his power and angles were too much for Lopez, who was game, but not skilled enough for Barboza Jr.

“We want the best…we want Jose Ramirez, I think that’d be a great fight!” said Barboza Jr. in the ring after the bout.

“Ramirez fights opponents who stay in front of him, I will give him angles.”

Jose Ramirez one of the major stars of Top Rank Inc is the current WBC super lightweight champion and one of the few fighters Top Rank trusts to headline shows on ESPN. For Barboza, he has to wait and see if he will get the opportunity of a lifetime for a world title fight.