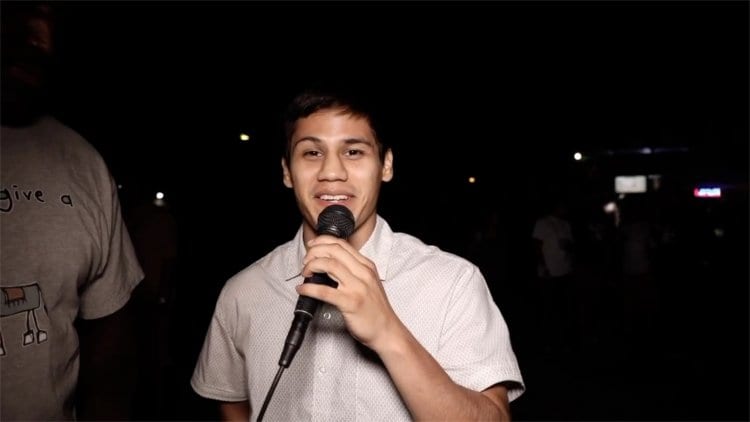 Daniel Roman is Thompson Boxing Promotions biggest star and possibly the best super bantamweight of the world, but also a story in tenacity as well as a throwback fighter from years past, who on April 26th looks to unify his WBA super bantamweight title with current IBF super bantamweight world champion TJ Doheny at the Forum in Inglewood, Ca, in the co-main event of Srisaket Sor Rungvisai vs. Juan Francisco Estrada II.

Roman has had an untraditional road to success as in his first four fights, he suffered a split decision loss and a draw as well amongst his two wins, for many who know boxing that means he was set for life as an opponent, a fighter who would come in to lose to blue-chip prospects, so to speak.

For the average boxing fan, this probably means little as the business side of boxing is boring and has little to do with them —they want good fights, and that is it. Fair play, but it is worth noting.

The Roman story is partially a credit to his hard work and ability to grow inside the ring, but also to his promoter Thompson Boxing, who stuck by him despite starting in a very pedestrian manner and continuing to keep him active. Roman would build his record up, but once again loss in 2013, seemingly set to be a fighter who never makes it out of the hotel ballrooms of Ontario, Ca, but not so fast.

Since 2014, Roman has gone undefeated including a five-fight winning streak between 2016-2018 in which he beat all undefeated prospect, ranked by all the major sanctioning bodies. Yet, Roman still is either unknown by a group of reporters due to his weight class or still written off due to past losses, but the underappreciated nature of Roman is nothing new for him.

Roman though had a plight to boxing, not unlike most, he was bullied and beat up at a young age in school. His father, Jose Luis Roman, had seen enough and took him to a nearby gym, so he could defend himself. This decision at eight-years-old now in hindsight was a life-changing one.

A decision to make sure Roman wouldn’t get beat up and/or bullied in school turned into addiction for the future world champion.

Roman became a good amateur with a record of 61-10 as he made a name for himself out of the Maywood Boxing Gym in the heart of Los Angeles, California. Roman worked with Eddie Gonzalez, the man who is still in his corner to this day.

Roman who won his world title from Shun Kubo in 2017, traveling to Japan to stop the veteran world champion in the ninth round, continued his success by traveling to Japan once again to face Ryo Matsumoto, whom he beat through a unanimous decision. So, his bout on April 24th will be a welcomed title defense on Pacific Standard Time. Prior to his bout on April 24th, he has made three defenses of world title so far.

Doheny in many ways is Roman’s biggest challenge, and the first time Roman may feel the edge of the hometown behind him as since being a world champion, Roman has found himself to be a road warrior, no longer fighting in the creature comforts of L.A.

“…I’ve been asking for this fight since I won the world title, and finally it’s here,” said Roman at the dais for a press conference on Monday in Los Angeles, Ca announcing the card.

The 28-year-old world champion now gets to compete against the very best at his weight division as well as look to make his fourth world title defense as well in the process in fashion, but Doheny has other plans.

The unbeaten southpaw Irishman, Doheny, who now resides in Australia, has spent the majority of his career fighting overseas mostly in Australia with in Thailand and Japan sprinkled in for good measure. Doheny has a much more impressive knockout ratio than Roman with 71% of his bouts ending by way of KO compared to Roman’s 34%, but we have to look at the competition as well. Doheny outside of his last bout for the IBF super bantamweight title against Ryohei has fought of talent that outside of watching the bouts on an individual basis it is hard to asses where exactly they stand. Meaning, Doheny despite being a world champion still has something to prove.

With both men sharing a similar height of 5’6” and a similar reach of 68 inches, this is a bout that will tell a lot about both fighters career arcs, as this bout will more than likely overshadow the main event of Srisaket Sor Rungvisai versus Juan Francisco Estrada II.

This bout will be shown in the U.S. on the streaming service, DAZN.