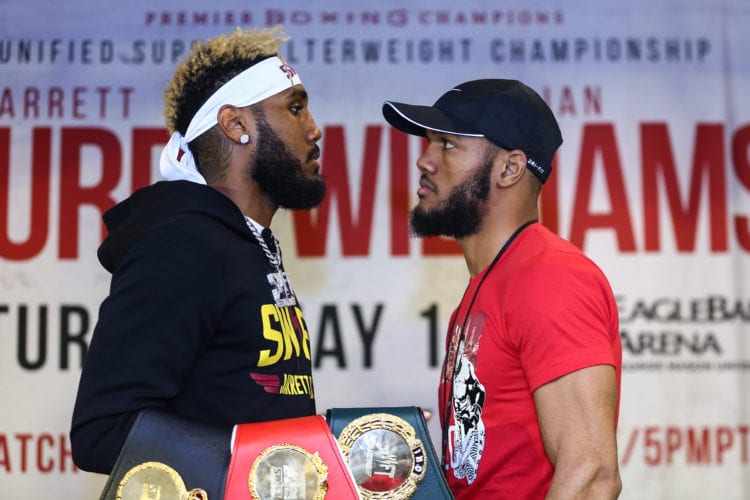 Junior middleweight Julian “J-Rock” Williams finally got the world title he had envisioned obtaining since a child with a one-sided dominating performance over Jarrett Hurd at the EagleBank Arena in Fairfax, Virginia, in Jarrett Hurd’s homecoming fight.

The first and second round saw Williams control Hurd solidly behind a jab, but the second was most notable as he dropped Hurd with an overhand right.

If you were generous you could’ve given Hurd the third round, but the first five rounds were seemingly all Williams, who pushed back the usually aggressive Hurd. At the end of the fifth round, Williams was cut over the eye from seemingly a Hurd punch.

Williams weathered a Hurd relay in the sixth as he kept the champion on the ropes for the majority of the round. In the eighth round, some vaseline was stuck in his eye as Williams put Hurd on the ropes. Williams just was one-step ahead all night.

With the win, Williams is now the WBA, IBF and IBO junior middleweight.

Super lightweight Mario Barrios, who trains in the Bay Area, picked up a second-round one-punch knockout over Juan Jose Velasco in the co-main event.

Barrios, a tactical aggressor, who trains with Virgil Hunter, felt out Velasco, who had gone eight-rounds in his last bout against world champion Regis Prograis, put a halt to the bout quickly, as a well timed left hook to the body followed by a great right. The time was 1:16.

After the bout Barrios said

“I want that world champion…I want all the smoke…I am ready for a title shot.”

Former two-time middleweight world title contender Matt Korobov fought to a majority draw over a tough and game Immanuel Aleem in the television opener on FOX. Korobov’s left hand was accurate and sharp early as Korobov was able to use good distance to dictate the pace. In the sixth round, an overeager Aleem walked into a left hook that rocked him and forced Aleem back for the first time in the fight.

Another aspect of the fight was Aleem had a high punch output despite not landing cleanly for most of the fight but kept a very high motor. In the eighth round, Aleem rocked Korobov with an odd chopping overhand right. As the fight progressed, Korobov faded and Aleem got stronger, as Aleem soundly won the last three rounds.

Korobov was originally ruled the winner, but it was later ruled that the scores were added up wrong and that the bout was scored a draw.

Stephen Fulton Jr. of Philly, Pa captured the IBO Super Bantamweight title with a one-sided 12-round unanimous decision over former champion Paulus Ambunda. The judges scored the bout 120-107 for Fulton

Super middleweight Kevin “The Scarecrow” Womack Jr. pulled off a second-round knockout in a fairly big upset over one-loss pro, Mark “Sayless” Duncan. Womack had a losing professional record heading into the bout with a record of 9-17-4 with seven knockouts.

Baltimore super welterweight Aaron Anderson stopped Carlos Galindo in the first round of their bout.

Super flyweight Alexandru “Spartan” Marin won a 10-round unanimous decision over Luis Concepcion. Marin appears to potentially be outgrowing the super flyweight division as his massive frame seems difficult for him to continue at the weight class as Marin’s world ranking is probably the only thing keeping him there. 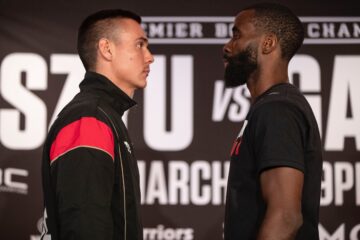