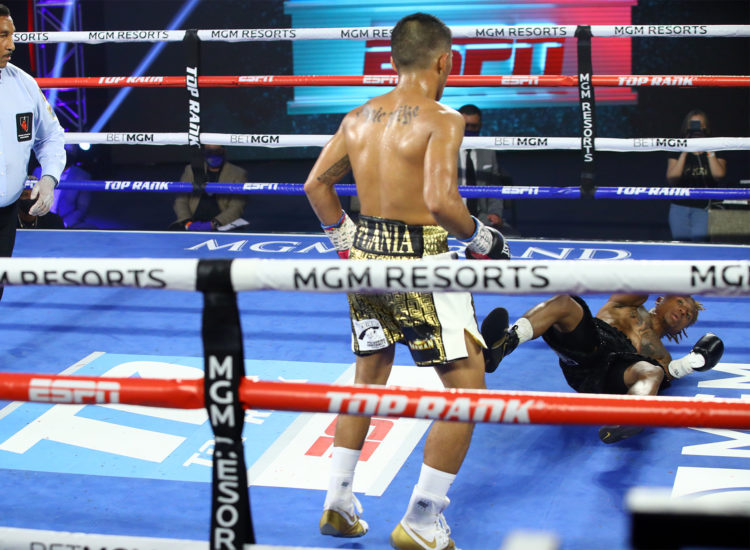 Plania dropped Greer with a leaping left hook in round one as Greer’s hand placement was and Plania took advantage. Plania would drop Greer again with the same left hook in round six. Greer would dominate the fight from round eight, onward, as Greer discovered fighting Plania on the inside was the path to victory as this method exhausted Plania.

Unbeaten welterweight Giovani Santillan (26-0, 15 KOs), who recently signed with Top Rank along with being co-promoted by Thompson Boxing took a hotly debated ten-round majority decision over former WBC lightweight world champion Antonio “Tony” DeMarco (33-9-1, 24 KOs). DeMarco’s seemed to control the bout, the pace and seemingly everything about the bout, yet the judges saw it the other way.

Super welterweight Bobirzhan Mominov (11-0, 8 KOs), who trains with Joel Diaz picked up a six-round unanimous decision over Cameron Krael (17-16-3, 4 KOs). Mominov is a big puncher who pushes forward with a lot of pressure. Mominov lost a point for a rabbit punch in round six.