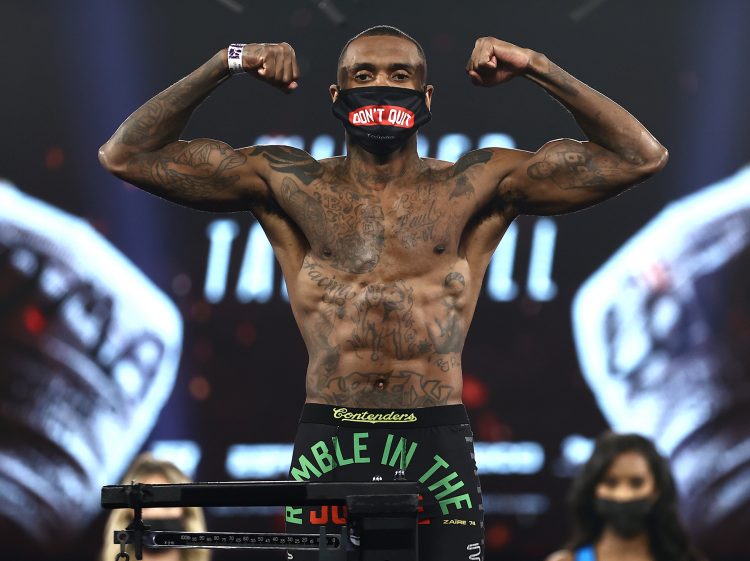 Quinton Randall (9-0, 4 KOs), has a story all of his own, but for the boxer who was once the captain of the USA Team in international competition, he wants to be defined by his in-ring exploits and let his story unfold over time.

“I am extremely excited, and bless to be on this card, this is a major card,“ said Randall. “I am more so excited that more people are finally going to get to see me, I just needed the platform”

Randall, a Houston, Texas, native, who trains with his longtime coach Derek Collinsworth and second assist Kay Koroma. Randall is a 30-year-old boxer, is looking to be moved fast based on his age and experience.

“I didn’t want no walkover opponent, because I am 30-years-old, and the people that I have to beat are guys with good records,“ said Randall candidly.

Randall who has yet to secure a promoter is looking to make a statement against a fellow unbeaten fighter Jan Carlos Rivera (4-0, 4 KOs), as the two will face each other at the welterweight limit of 147 lbs, tomorrow night on ESPN.

Rivera is a tough opponent to scout as all of his professional wins have come via knockout, albeit each bout seemed to be a developmental affair with three fights taking place in Puerto Rico, one taking place in Pennslyvania, and his last bout a no-decision as an accidental head clash stopped his bout in New Jersey in the first round, a year to the day, of this upcoming clash with Randall. What we do know is that Rivera has a deep amateur experience and that he is trained by highly regarded Philly boxing trainer, Boyz Ennis, the father of Jaron “Boots” Ennis.

“He has fought four people who were coming to lose, they weren’t coming to win, when you’re fighting in your hometown, someone paying for your opponent, you’re going to fight a different type of style, you’re going to fight more aggressive since you know they don’t have knockout power,” said Randall honestly. “But he does have WSB experience. WSB fights are five rounds in the pros, it’s amateur fighting, but it is pro-style…I wasn’t impressed by anything I had seen, I have fought way better opposition, but I never got in the mind frame of ‘okay, this an easy opponent’.”

Randall, who many BoxRec detectives might have encountered when searching ‘the feel-good story of 2020’ Clay Collard, as Randall is the only man to defeat Collard at Collard’s true weight class of 154 lbs. Sure, Golden Boy Promotions’ Bektemir Melikuziev stopped Collard, but the bout was contested at light heavyweight, which means the size advantage of Melikuziev may have played a large part in that outcome. Randall beat Collard at Collard’s optimum weight class.

“It took a while for people to notice since I fought Clay [Collard] in my third [pro] fight,“ said Randall who also remarked that Collard is now his friend. “If [Clay Collard] hadn’t have gone on this great fight winning spree that he is on then that win wouldn’t have meant nothing…shoutout Clay Collard and his team because they’re doing an outstanding job.” [Editor’s Note: Collard has KO’ed two undefeated fighters this year]

“One of my coaches, Kay Koroma, who is Shakur Stevenson’s coach and works with a lot of other fighters like Mikaela Mayer…Kay knew Peter and he was like ‘I got a guy who may fit you well’“ said Randall when speaking of his highly regarded manager. “Peter called me, we talked on the phone for a good hour or so, I am just getting the feel of him, he is just getting the feel of me, then he talked to my coach. My coach liked him, I liked him…and I trust him, I feel like I am in good hands.”

For Randall, a fighter who got a late start at the pro game, tomorrow’s bout on ESPN, on the undercard of one of the biggest cards in boxing, Vasyl Lomachenko vs Teofimo Lopez, will be the opportunity to be in front of thousands, if not millions of eyes. With a solid team behind him, all he needs now are the performances to get people talking.

“I have a lot of experience outside of the ring, in just life period, and I think it has helped mold me into the fighter that I am. I am still growing, and I never take the sport for granted, and I am never closed-minded thinking that I know it all because I had a late start…”

Quinton Randall faces Jan Carlos Rivera on Saturday, October 17th, at the Bubble at the MGM Grand in Las Vegas, Nevada, which will be as-of-now, the second fight on the undercard. The first undercard bout starts at 4:30 PM PST.