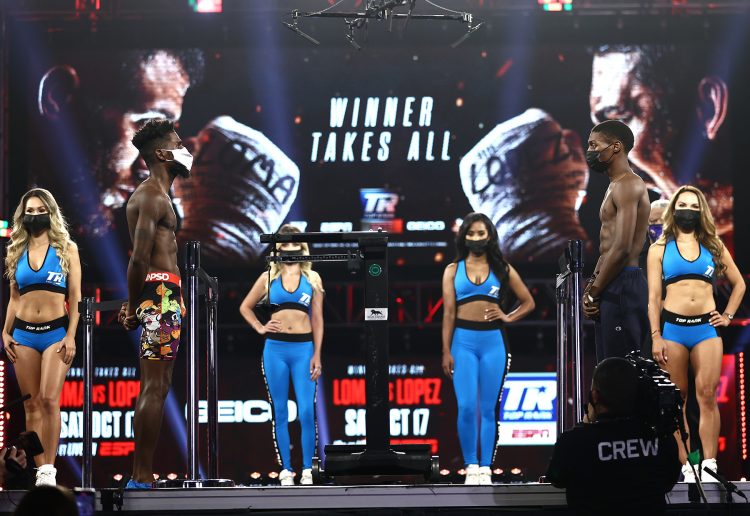 Jahi Tucker (1-0, 1 KO), and Charles Garner III (1-0), might not be household names yet, but they could be in one of the most entertaining bouts of the night, despite being the first fight of the night.

Tucker, who is managed by boxing royalty J Prince, is looking to make a dynamic splash onto the scene, as his “LeBron James of boxing” persona hopes to grow, as he wore James’ high-school jersey to the ring in his professional debut, an impressive first-round knockout of Deandre Anderson.

“The way that we train we go to dark places every day, so it was nothing,” said the 17-year-old Tucker.

This time, Tucker will step-up his competition quite a bit, as he faces Garner, an undefeated fighter, out of Buffalo, New York, who several unnamed sources have told me is a legit talent in the gym, and the 26-year-old Garner has made it clear he is coming in with bad intentions.

“HEY AINT KNOW THAT IM THE ONE ONE, [SIC]“ said Garner on Facebook this week.

Mr. Line’em Up, a nickname Garner at times goes by is looking to make an impression as both fighters, young into their pro career have enormous support, with both sides coming to win.

“I feel like I am already one of the best fighters in the world,” said Tucker. “I just have to get myself right in the pro game, but skill wise I don’t think anybody bothers me. So I am glad I am getting these challenges early, so this way I can step into the limelight earlier, and fight some bigger names, too.”

Tucker made weight at 145 lbs, whereas Garner was three pounds lighter at 142 lbs, coming in under the weight limit.

Jahi Tucker, a defensive fighter, who throws a high-volume will face Charles Garner, who has Timothy Nolan of the Fight Factory, a coach who has world-championship experience on his CV.

Despite being the first fight of the night, this is a fight that any-and-all should watch, as both fighter should be commended for taking this bout so early on as well, as like the main event between, Vasyl Lomachenko and Teofimo Lopez, the winner should be applauded.

Jahi Tucker vs Charles Garner is the first fight of the night, and will take place at 4:30 PM PST, on ESPN.