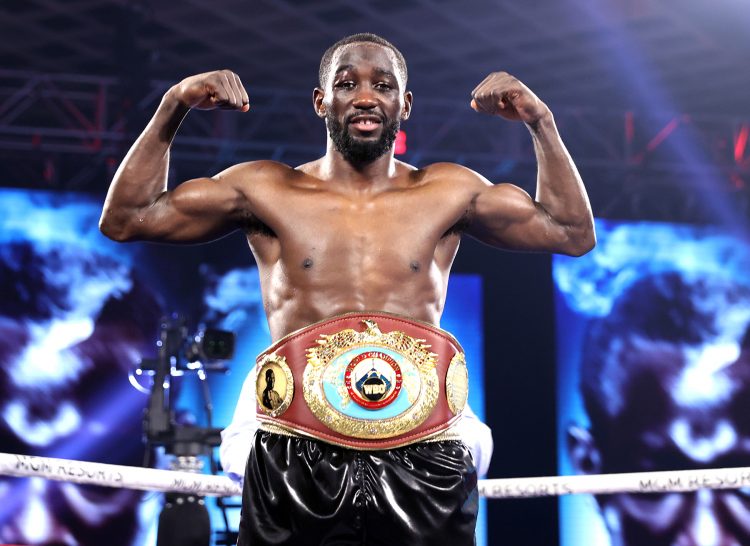 I wrote long-form about Terence Crawford, and his comparable traits to Marvin Hagler, and despite, a solid resume – three-division world champion, unifying the lightweight division, winning every belt at 140 lbs, and winning a welterweight title in his first fight in that division, Crawford still gets over looked.

Crawford has been a hit on regular ESPN, and not-so-much on PPV. Crawford after beating the breaks off Kell Brook still awaits his generational defining fight with Errol Spence Jr., now the ugly side of the business will appear as words like return on investment, will be uttered more than a jab or a cross.

The next few years will not define Crawford’s legacy, but be the capstone of it. Crawford has the accolades, fame and fortune, but now he is looking to go into the rarified air of all-time great, and that takes the right foe.

35 or so minutes, couldn’t change the minds of the NSAC or referee Russell Mora, as sadly, the rematch to my fight of the year, between Andrew Moloney versus WBA junior bantamweight world champion Joshua Franco, will be marred by oversight and not in-ring action.

Moloney started fast, throwing 100 punches a-round whereas Franco, like the first fight, was starting slow, but looking to walk down Moloney. Early in the bout, either a head clash or jab caused Franco’s eye to swell, and by the time the third round came, the doctor waved the bout off.

Referee Russell Mora ruled the cause of the swelling from a head clash, Nevada allows instant replay, and 30 or so minutes went by before a no-decision was rendered. It was an anti-climactic ending to a fight so many wanted to see.

Just a mess all the way around.

Joshua Greer Jr. fought to a draw with the tough Edwin Rodriguez, who recently defeated Thompson Boxing prospect, Saul Sanchez. Greer might not be the creme de creme of the division, but he sure is fun. Greer has a lot of heart, and will, and won’t go away.

Greer is a fighter, who will always entertain the fans, and could with a win or two be a big fight, but the issue will always be can he stay focused and/or active in a 8-10-or-even-12-round fight. It is quite evident since getting to the next level of world level opposition, Greer has had trouble, but with Kay Koroma and Shakur Stevenson now as his coaches, Greer has a team that will give him every chance to win.

Tyler Howard had a decent showing, as the “looks good getting off the bus” middleweight used his condition and size to beat KeAndre Leatherwood, but a few issues exist. Howard has to be a more active especially with a jab, and learn how to cut the ring off better.

Duke Ragan, an amateur standout, is gaining a lot of experience in his first three fights, his debut, as good of a knockout as a boxer can have, his second fight was against a former UFC world title contender John Moraga, and this bout facing a durable Sebastian Gutierrez. Ragan is gaining experience at the next level.

Raymond Muratalla, who trains with Robert Garcia, is silently moving up the ranks after a solid amateur career, Muratalla got a third-round KO of Luis Porozo, and now is an a undefeated 11 win fighter with experience in both six-and-eight-round bouts. In a couple more bouts, Muratalla could be the test for a young emerging fighter.

One of the best to ever do it – Katie Taylor, won a wide decision, as the center piece of a three-fight card on Matchroom card on Saturday, broadcast on DAZN, from the UK.

Taylor has the makings of one of the ambassadors of women’s boxing, but needs the dancing partner, that will build the fight the right way, but Taylor though young in her career is already a top-ten women’s boxer to me.

Terri Harper stopped Katharina Thanderz in the ninth round, as she has had a social media feud with 2016 U.S. women’s Olympian, Mikaela Mayer, but appears poised to fight Matchroom’s lastest signee Hyun-Mi Choi, who is co-promoted by Woodland, Ca’s own, Paco Damian.

Harper upped her stock with her performance, and made a bout between her and Mayer very interesting in the future.

Vidal stopped Eduardo Ortiz in two rounds, as he looked to counter with power. Vidal appears extremely tough, and a big puncher. His debut performance was noteworthy and one should eagerly await his next bout.

One of the best Bay Area fighters consistently, Eros Correa, a 2012 Olympic alternate, picked up the biggest win of his career defeating Henry “World Star” Arredondo. Correa boxed well, and despite Arredondo missing weight, and coming in 17-lbs bigger than Correa fight night, Correa was able to pull off the win.

The fight is also notable, because Arredondo was originally announced the winner, but after a break in television coverage, it was announced the scores were read wrong.

“Shock” Foster gets a chance

For fans, this might not sound real, but most fighters want simply a chance, and on Thursday, November 19th, on NBCSN, O’Shaquie Foster faces Miguel Roman in the main event, is the only essentially meaningful bout of the week.

Foster saw the perils of poverty engulf the early parts of his career, as his two early losses, don’t reflect to many what he is capable of, or what he accomplished as an amateur.

Ring City USA is looking to showcase, fighters who are good, but don’t get shine as O’Shaquie Foster, Brian Ceballo and Charles Conwell look to be the first three-marquee fighters for the upstart.

Foster, who should hold every advantage over Miguel Roman, a formidable foe, who is oddly ranked higher than Foster in the WBC rankings, Roman #6, and Foster #8.

Foster is one of these guys in the sport of boxing, in which he is avoided because his record is avoidable and the skills are present.

O'Shaquie Foster Looks to Fulfill Opportunity Of A Lifetime, Tonight on NBCSN