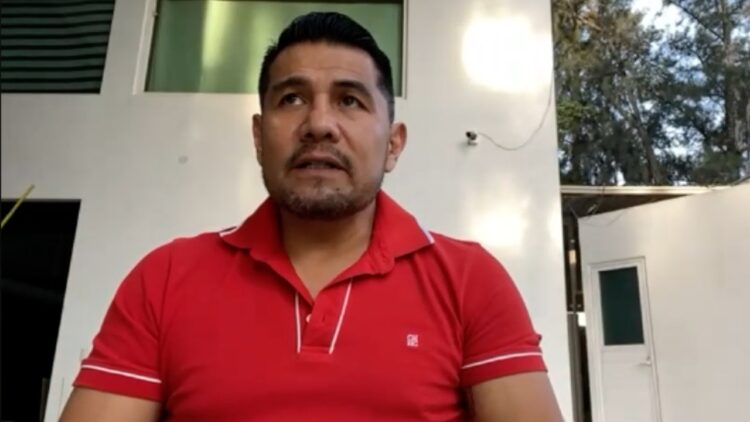 Johnny Tapia was a one of a kind fighter. Tapia fought in a way that let you know, his life was hard, and his fighting style, temperament, and skillset will forever have the respect of Mexican boxing legend, Marco Antonio Barrera.

“I actually didn’t want to fight again after my exhibition bout with Jesus Soto Karass,” said Barrera in an interview with ITRBoxing.com, translated by his son Marco Antonio Barrera Jr. “I wanted to do it to help the Johnny Tapia Foundation.”

Barrera, one of the most beloved figures in the sport of boxing, and in one of his biggest wins of his career, defeating the brash-and-cocky Naseem Hamed, Tapia walked Barrera to the ring for that fight. A little over a year later, Barrera would fight Tapia in professional bout.

For Barrera, it seems like not unlike a solider, he developed a deep kinship with some that he had shared the ring with from, Tapia to Erik Morales, when a fighter had the heart, will and skill that matched his own, respect was not just given, they were thought of as though they were the same.

“I thought of Johnny Tapia as my family,” said Barrera explaining his motivations, seemingly knowing being one of the 50 best boxers ever will make any fight much more marquee when he is added to the bill.

Johnny Tapia sadly died in 2012, at the age of 45, from heart failure, which many felt was stemming from his habit of going on drug binges.

For those unaware, Barrera will face former world champion Daniel Ponce de Leon, this Saturday on PPV on FITE.TV, taking place at The Inn Of The Mountain Gods, Mescalaro, New Mexico.

Barrera now 47-years-old, explained that camp isn’t the same as it was when he was younger, and a fighter changing the way people viewed the sport of boxing. That being said, not unlike the Fast and The Furious movies, this fight seems to be all about family, and. he is willing to go back to those dark places for Johnny Tapia, and Tapia’s family.

The event promoted by Johnny Tapia’s widow, Teresa Tapia, features an undercard with undefeated 30-win fighter Abel Mendoza being the stand-out. The card seemingly feels not unlike a lot of these celebrity boxing cards, except rather than being for flash, and views, this fight is being done out of sincerity and substance, a welcomed changed, and honestly who would expect anything less from one of the greatest boxers ever in Barrera.

The bout will be contested at 158 pounds which is over 30 lbs from either man was probably the most effective in their career, and will serve a welcomed piece of nostalgia for fight fans who want to see one of the great icons of the sport, who did so much for us, in the early part of this century.

It is fitting how a true warrior, a guerrero, as one would say in Spanish could only be brought back out of bond with someone who is no longer with us, and the respect he held for that man. Well…Barrera did hint that he could be talked into one last bout with Erik Morales, as his trilogy against Erik Morales is widely consider the best trilogy in Mexican boxing history, and is a major reason why fighters like Canelo, Oscar Valdez and many others have such passionate fans as Barrera was their introduction to the sport, or the one who kept them in the sport.

Boxing has a sad with of disregarding our national treasures, but thankfully Barrera has aged like fine-wine and his legacy, has grown if anything.

Tune in this Saturday, to see him compete, information at FITE.TV.