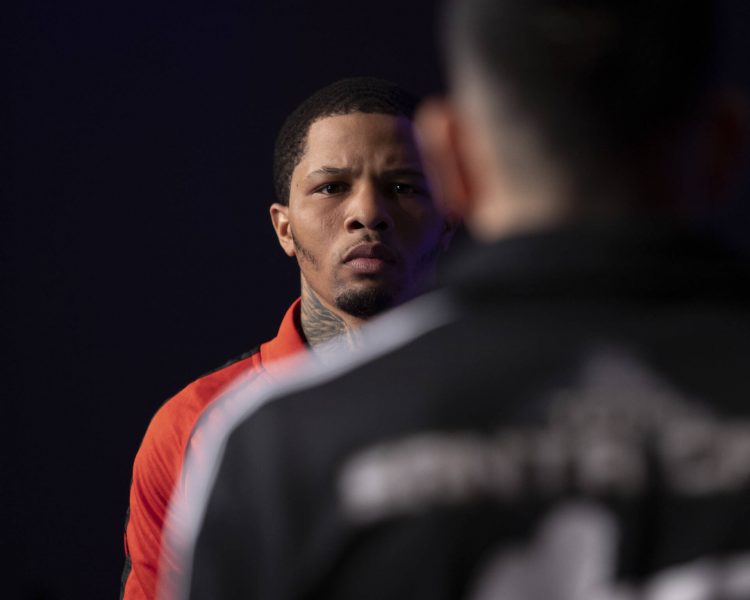 It was early 2019, the world hadn’t stopped yet, and Devin Haney was a hour away from walking out to headlining his second, ShoBox: The Next Generation card fight against undefeated Xolisani Ndongeni of South Africa.

Trash talk prior to the bout had both sides animated, and Haney’s close personal friend, Church, was even threatened – and the vibe was tense. As despite being a Friday night bout taking place in Shreveport, Louisiana, the vibe was that of a fighter ascending to stardom.

So why am I including this? Well, in the midst of Church bringing literally a whole lobster plate to the backroom for Devin Haney prior to the bout, in walked Lil Durk, one of the most popular rappers – and as Durk entered the room, he viewed Haney as his equal.

Durk would rap Haney to the ring, but more so, was the interaction backstage, as after Haney’s gloves were put on, a phone with Durk’s Instagram account which went live, a function that allows fans to interact via comments to video on the social media platform, was put on a chair near him. To see the amount of people going onto this Instagram live account was intoxicating as it started with numbers that couldn’t be shown, but rather had to be abbreviated with a k and then would expand by the second. Haney sat in chair, probably watching those numbers as well, as I didn’t know what I was watching fully, but I know it was something impactful especially to young people.

Now let’s look back on Sunday night as Gervonta Davis is being lead to the ring by Lil Durk, which seemingly was fitting as Durk is just a relevant if not more so now, then he was then, and Davis continues to intersect music, pop culture, and entertainment. Notable rappers were at the Staples Arena on Sunday, in Los Angeles, California, but beyond that a-list athletes were out as Davis, no matter what anyone says fills up arenas, and brings out notable people to his fights.

I think the summary of Davis’ life is what is the pitch for what makes him compelling. A fighter from sheer poverty, who had a hard-life, found a father-figure in Calvin Ford, and went a relentless knockout spree in pro boxing, showing his opponents how hard his life was up until this point.

Davis beyond being a talent, just has inherent coolness that makes people want to see him fight. I remember one of my friends watching Floyd Mayweather vs Conor McGregor, and being drawn to Davis’ undercard fight. Davis just has something that draws people in, it is what legendary manager Herb Stone used to call the “it-factor”.

As Davis and Haney both won this weekend, both by way of 12-round decision against pressure fighters of Mexican heritage, it is the little things we can compare and contrast in these two as they went head-to-head.

Whether you want to believe it or not Floyd Mayweather is an algorithm search engine optimizer, and for someone running a website to get content linked to him, will see huge gains in website traction. Davis is not a compelling interview on his own, but Floyd Mayweather and Leonard Ellerbe are, which I think brings many fight fans back to the nostalgia of when they got into the sport which was watching Floyd Mayweather after the Oscar De La Hoya fight. Add in, Calvin Ford and Kenny Ellis, both of whom are great interviews, and Davis simply has to provide some form of answers, but essentially just stay out of the way, while the promotion works for him.

For Haney, one of the hardest barriers to overcome is despite a friendship with Floyd Mayweather, and a fighting style with traits of Floyd Mayweather, the lack of Mayweather presence at his fight signaling a passing of the guard to the next heir-apparent has slowed the transition for him.

In short, Mayweather has been the biggest star in boxing, and with him being involved, more people will follow the lead of Floyd.

Now add to the fact, most people want to see knockouts, so when you see Davis has a 92% KO ratio stopping 24 of his 26 opponents, that is going to get people excited, as a lot of people tune into boxing to see violence.

Haney’s KO percentage is respectable at 55% stopping 15 of his 27 professional opponents, but his last stoppage win was over Zaur Abdullaev for the WBC interim world title. So far against the highest level opponents, Haney’s power is shown to be respectable, but not enough to be fight changing against the likes of Yuriorkis Gamboa, Jorge Linares or Joseph Diaz Jr.

When you look at modern boxing stars, Canelo, Tyson Fury, Gennady Golovkin, Terence Crawford, Errol Spence – they all have iconic knockouts. Haney reminds me of Floyd Mayweather when he started working his father again, right after working with Roger, which is one of the best fighters of all-time, but one who was also not always deemed the most fan-friendly.

Power is something that is not always needed to be a star, but power or the threat of power helps the layman fight fan be entertained as the true art of boxing is actually fairly boring to most non-boxing minds.

Haney has taken an independent path, not unlike, the Bay Area mindset of start-up companies, or out of the trunk rappers, self-promoting himself until, linking a partnership with Eddie Hearn’s Matchroom Boxing. Haney also focused on acquiring fans on the internet as opposed to in local markets, as part of his business strategy and building his brand.

Davis has been one of the stars-in-wait as the second generation of the PBC umbrella, promoted by Mayweather Promotions, Davis has been groomed to be a star, fighting on big cards, being on television early in his career and often. You couldn’t avoid Tank Davis as dating back to October 30th, 2015, Davis fought a solid veteran Cristobal Cruz, and continued to see television time as he developed.

Compare that to Haney, who made his U.S. TV debut on Showtime against Mason Menard in 2018, three years later, and despite a strong social media following, with no promoter behind him, Haney was doing the ground work himself to make his dream feasible. Maybe that is why, Haney calls himself a “The Dream”, as what he did in hindsight seems almost unimaginable, as he took on the system independently and somehow didn’t get burned, despite the politics in boxing inevitable making it so hard to go that route and be successful.

So as we look at Davis pulling in bigger crowds, being the “money-man” of the lightweight division, is it really a surprise, given the investment Showtime, and Mayweather Promotions have put into him? At 3.2 million followers on Instagram, and 393.3K followers on Twitter, Davis is one of the young voices of the sport.

Another factor is Haney since leaving the developmental platform of ShoBox: The Next Generation, has been with Eddie Hearn’s Matchroom Boxing, and Hearn is still looking for his first true American star. Haney quite possibly could be it, Marc Castro is another one to eye, but up until this point, Hearn hasn’t had success with his first wave of signees to his company from America.

Without going any further I think we should talk about what both fighters are vying for.

Who has the fan base they compete for…

Let’s not sugar-coat it, I would say at least of half-of-all boxing fans, entered the sport of boxing after or during Floyd Mayweather’s bout with Miguel Cotto. So that being said, Mayweather, Pacquiao and Canelo, are the most relevant fighters of the last 15 years, and for Black America, Mayweather is one of the greatest boxers ever, if not thee best. Now as always, we’re looking for the next Mayweather.

We should probably define what that means.

Mayweather was a boxer who at the lower weights had incredible power, and skill, and as he moved up in weight could outthink anyone who he faced, all while intersecting with pop culture, from hip-hop to WWE, as everyone knew who he was.

With Mayweather gone, boxing has been a lot less relevant because he was a master marketer, and able to carry a lot of the promotional flaws of the sport of boxing on his back.

Haney has the athletism, god-given talent, and IQ of a Mayweather, but is lacking the power Mayweather had at the lower weight classes. Davis has the co-sign of Mayweather, has a high KO-ratio, but also has a youthful energy that is unique to his generation that he is a part of.

For Haney to become the man, the big ticket seller – he is going to have face Davis at some point, as the bout between these two would create a bonafide star of the sport, and create clarity in the lightweight division.

Yet, isn’t it a compliment that 23-year-old Devin Haney is being mentioned amongst his elder, Gervonta Davis, who is now 27-years-old? I hope the politics of the sport don’t stop this inevitable fight from happening.

What makes the future fight so interesting though is, they both have what the other wants to a degree. Haney has the finesse that I think Davis would like to get credit for, and Haney wants to display power like Davis has shown in fights.

You can only get something special when two fighters enter with something to prove to the other.