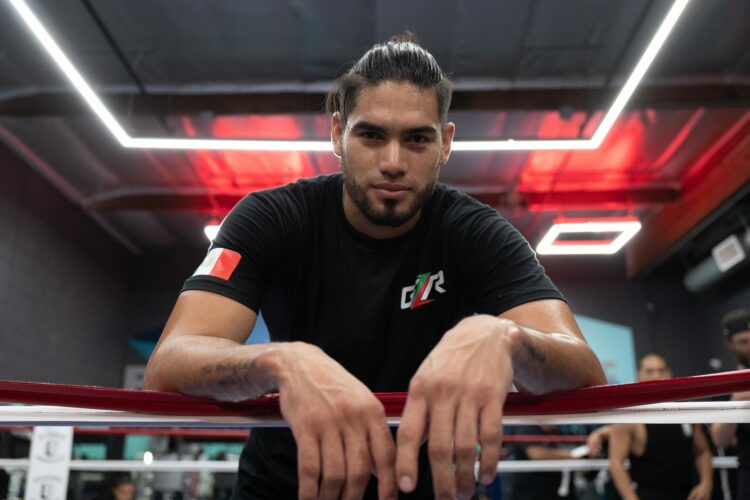 Gilberto “Zurdo” Ramirez is an undefeated light heavyweight, who held the super middleweight for two-and-a-half years and made five successful world title defense, including two enjoyable fights with Jesse Hart. Ramirez, who defeated Arthur Abraham to claim the world title, is no longer with Top Rank Inc., and now working with Oscar De La Hoya’s Golden Boy Promotions, his first bout was this past summer knocking out Sullivan Barrera at his new weight class, light heavyweight.

Ramirez, who fights Saturday, December 18th, from the AT&T Center in San Antonio, Texas, will face his second Cuban light heavyweight in a row, this time Yunieski Gonzalez, a tough veteran who tested Jean Pascal in the past, as this bout will serve as a WBA light heavyweight world title eliminator.

“I am going to beat this guy because it is a mandatory challenge for a title and I know he is going to come really prepared for this,” said Ramirez. “I don’t want to let him take anything away from me, because I have been training hard, and I have been doing everything in my power to win every fight.”

With a win, “Zurdo” would become the mandatory for Dmitry Bivol, the current WBA light heavyweight world champion, who just got a rather uneventful yet dominant decision over Umar Salamov, last weekend on DAZN. The two doing battle in the future is what we want as a fight fans, two relevant and good fighters at the top of the light heavyweight division facing each other, at-or-near their prime.

“[Bivol] did good [in his last fight against Umar Salamov], nothing special,” said Ramirez. “People want to see that fight two undefeated [fighters], one champion, and I am the champion, but I don’t have the belt, but I am looking for the belt.”

Finally, the big takeaway from this week’s fight is Ramirez wants all four of the world titles at light heavyweight. The current world champions are as follows, the WBA champion Dmitry Bivol, the IBF & WBC champion is Artur Beterbiev and WBO champion is Joe Smith Jr. Smith Jr. and Beterbiev are aligned with Ramirez’s former promoter, Top Rank Inc, and featured on ESPN programming, whereas Bivol is on DAZN, where Ramirez last fought.

“I think to get all the belts at 175 lbs., eventually move up to cruiserweight then bridgerweight, and then heavyweight,” said Ramirez about his career plans. “Those are my goals and with those fights I can position myself as a legend.”

Beyond that, Ramirez has a record of 42-0 with 28 KOs and beyond that has the most wins without a loss then any other current Mexican boxer. The southpaw from Mazatlan, Sinaloa, Mexico, is now looking to create a legacy that places him amongst other great Mexican fighters of his era like Canelo Alvarez, Oscar Valdez, and Emanuel Navarrete.

“I will be a legend, and I want to prove that I can do it,” said Zurdo Ramirez when reflecting upon on his place in Mexican boxing history.