Davis is the coach of Jahmal Harvey, and to me, Harvey is the best amateur in the country, who had the best year in amateur boxing, winning gold in his international debut, as the youngest on the team.

In the most recent nationals, Harvey didn’t compete, but Oxon Hill Boxing still won four gold medals and two silvers. Davis is a true coach, as he has team after team solid fighters, taking a literal group of young people to national tournaments, coaching each and everyone to the highest point of their potential.

If I had a vote, I would say after this type of performance this year, Davis should be involved with USA Boxing in some capacity, as without being involved in the Colorado program is developing and helping grow the sport, based on his commitment to his community.

In the first year of this award is given out via this publication, Davis wins the award, and no better coach be an inaugural winner for all that he has given to the sport. Davis is a true coach, leader, and a great representation of USA Boxing.

Kenyatta Harris – Rockaway Ropes is producing one of the most consistent fighters in the country in Donte Layne as all he did was win in 2021 and that is worth paying attention to. Harris is building a world-class boxer from the ground up.

Berlin Kerney – The Bomber Squad Academy in San Diego is producing world-level amateur fighters most notably Julius Ballo and Jonathan Mansour both of whom have been working with Berlin Kerney. Kerney is creating a team that goes deep into USA Boxing events, and is formidable on the world stage as well, best seen with Ballo’s gold medal win at the junior Pan-Am games, a week before winning nationals.

Lamont Roach Sr. – Roach Sr. has two of the most interesting prospects in USA Boxing currently, Jordan Roach his son, a power puncher in the lower weights, and Benjamin Johnson, a high-motor welterweight who won gold at nationals against a very good fighter in Bobbie Pettigrew. Roach is building stability over time and is mentioned amongst the best in the country.

Eddie Vela – The coach of Jennifer Lozano, one of the best fighters in women’s boxing, who had yet another – great year.

Cindy Aceves, Crystal Aceves – The coaches as well as well as grandmother and mother, of Kayla Gomez, a fighter who had one of the most dominant runs in 2022 in terms of amateur boxing, who came up just a tad bit short at the 2022 nationals, but won everything else.

Mike Lugo – Mike Lugo has had a winning formula as his fighters are aggressive, strong and keep a solid pace in the amateurs, as his two sons, Nathan and Elijah Lugo, as well as Sa’rai Brown-El, continue to win at the national level, and are a really threat to any and all.

Barry Hunter – Hunter who worked with Deric Davis and Nasheed Smith is a legendary coach who never lost his love for helping build young fighters, just seeing him at these events shows his passion for the game, and seeing his fighters perform at the highest level is even nicer to see.

Billy Walsh – Creating two of the most successful international teams after Olympics, Walsh is building teams that are medaling internationally as now we are just waiting for the first gold medal Men’s Olympian in 20-years, which we are hopeful will occur in 2024. 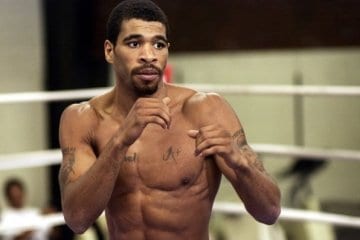 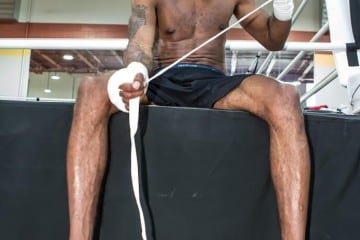