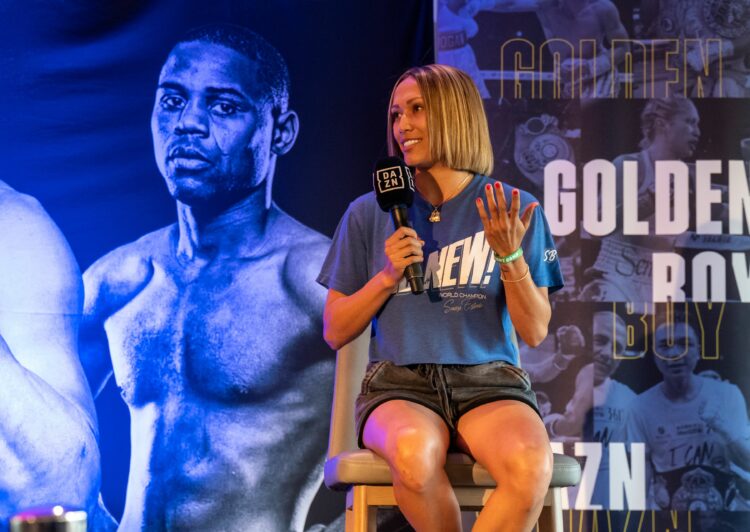 Seniesa Estrada – One of the best women’s boxers, ever. The female incarnation of Ricardo “Finito” Lopez won world titles in two difference weight classes, Seniesa Estrada looked the part of a superstar defeating a long reigning world champion in Anabel Ortiz at 105 lbs to win the WBA minimum weight world title, and in her next bout won a world title in the division above as she became the WBO 108 light flyweight world champion, and finished off the year with a KO win over undefeated Maria Micheo Santizo.

Despite being one of the best boxers in the world, she had only held a interim world title, as he fight against Anabel Ortiz, who had held her world title since the last day of August in 2019, seemingly outclassed the top fighter besides herself in the minimumweight division. Beyond that, Estrada is looking to fight the best, and prove herself as Estrada is trending towards being a historically great lower weight fighter.

Her final bout of the year against Maria Micheo Santizo, should how Estrada captures the attention of the fight fans as people rose from their feet once the knockdown occurred and it sounded like a 747 jet once she stopped her opponent. A deserving award, for a more deserving fighter.

Amanda Serrano – Serrano got the best win in women’s boxing stopping Daniela Bermudez in nine rounds. Bermudez was on the women’s boxing pound-for-pound list at the time of the victory, and still remains on the list after.

Serrano followed that up by appearing on the Jake Paul vs. Tyron Woodley I undercard defeating Yamileth Mercado – as she is became the most relevant women’s fighter in America by signing with Paul. The problem with Serrano’s career has been two-fold promoter Lou DiBella, an ambassador to women’s boxing, but has lost a lot of political capital after falling out of favor with Premier Boxing Champions, as well as Serrano hasn’t had any competition in recent memory.

Serrano is a seven-division world champion, and is one of the greatest boxers ever, let alone her decade. For all that people might dislike the antics of Paul bringing Serrano to the forefront, a largely ignored historically great boxer, has been one of the true positives in his run.

Serrano ended the year with a win on Showtime PPV, being placed in the co-main event spot below Jake Paul, who headlined each bout. Serrano, now has signed to Jake Paul’s MVP Promotions – and now it looks like the goal for 2022 is to make a fight with Katie Taylor.

Chantelle Cameron – Cameron emerged this year as true challenger to the throne of Katie Taylor, and women’s boxing as a whole. Cameron is not backing down from any challenge and has an action-orientated style that reminds me of Roberto Duran, albeit it isn’t the same thing. Cameron is a new star of women’s boxing.

Mikaela Mayer – Mayer became an undisputed world champion this year, add that to her Olympic run, and now a broadcaster as well. Mayer is becoming one of the strongest voices in modern women’s boxing.