Ryan is a great body puncher, a trait rarely seen in a young fighter, man or woman, and beyond that is being moved very fast, as with only three fights she is now an eight-round fighter, and won two of her three bouts by way of KO.

Ryan is beating girls up with a good jab, and as mentioned before loves attack the body. Ryan is a couple of years should be in really exciting fights, and her best trait beyond skills – is just how mean she is.

Melissa Oddessa Parker – Sadly, I am not sure Parker will continue to fight as she was being groomed to be a world champion, but seemingly seems unhappy with the sport due to social media post from earlier this year that alluded to she might leave the sport. A great all-around talent, one who sadly, won’t get the recognition she deserves. Should fight for a world title in 2022 if the world was fair.

Danielle Perkins – A division most are unaware of Danielle Perkins is the most dominant rising contender/prospect in women’s heavyweight boxing, and will fight for a world title very soon. A true talent.

Rianna Rios – One of the best amateurs in the country, and would have been the number one seed for the 2020 Olympic Trials in featherweight, has opted to turn pro, and looked solid since being a pro. Training with Lamont Roach Sr.’s boxing gym.

Who Is Steve Geffrard? Joe Smith Jr.'s New Opponent Next Week On ESPN 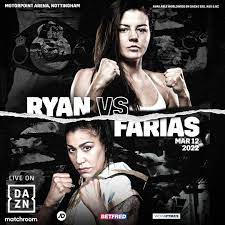