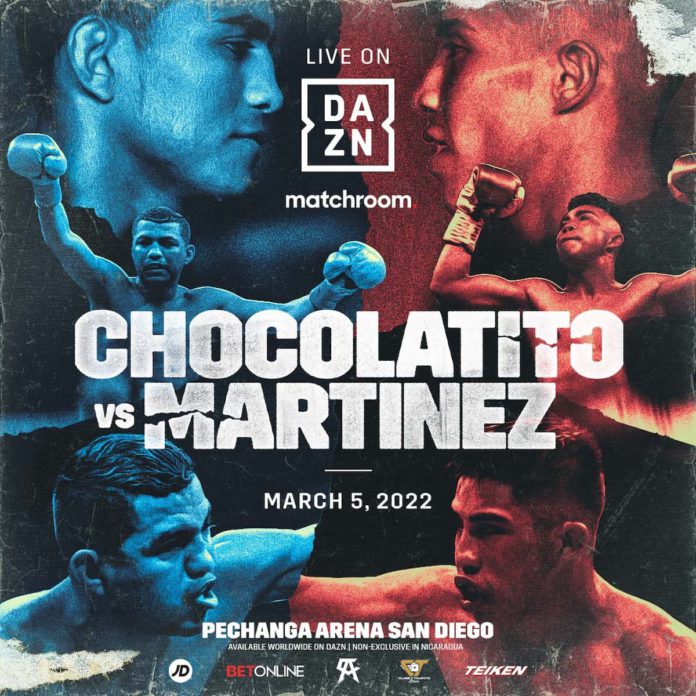 Basic Info: Largely considered the best flyweight since Michael Carbajal and Ricardo “Finito” Lopez, Roman “Chocolatito” Gonzalez was ahead of his time, and a true pioneer in the modern era of ushering in lower weight fighters to streaming platforms, mainstream disturbution of fights.

Gonzalez will face Julio Cesar Martinez, who is moving up in weight to the super flyweight division to fight for the WBC world title, Saturday, March 5th on DAZN, in San Diego, check local listing for the exact time.

While we saw boxing turn into conversations about purse bids, business, and everything, but the fight itself – the flyweights and below were fighting each other, and Gonzalez emerged as the best of the bunch. With a win over his rival, Juan Francisco Estrada, nicknamed “Gallo”, Gonzalez in his prime looked to be a generational great, let’s look back Gonzalez’s world title wins of his career.

Cultural Impact: Many great movies have subtitles and many people don’t watch those great movies. Many fighters have talent in the lower weights, and people don’t watch them, because they don’t want to see people who are smaller than them fight. Gonzalez will always be in a certain niche category based on most of his fights being in another language, and his weight division, but for fans of the weight classes he fought in – he is one of the best ever, and will forever be remembered that way.

As a humble of a world champion as you will ever see, a gentlemen in-and-out of the ring.

If You Can Watch Only One Fight: Roman Gonzalez vs. Carlos Cuadras

Gonzalez began his career fighting in Nicaragua, before two bouts in Japan under the Teiken Promotions promotional banner. Gonzalez won his first world title at the minimumweight defeating Yutaka Niida by a fourth-round stoppage for the WBA title. The bout serves as the first recorded bout to binge-watch as Gonzalez displays his beautiful ability to cut-off the ring on Niida as well as uses his size in the 105 lbs. division to overpower Niida.

Gonzalez’s first title win shows off his size, strength, and offensive talents. Not unlike Drakeo The Ruler when he released the “Impatient Freestyle”, you can see the talent, but if you had of seen this live, which very few did – it probably would be a guessing game of, “…would Chocolatito live up to his potential.”

I had never seen a fighter at the lower weights bully another fighter around the way that Gonzalez did.

It wasn’t until Gonzalez fought Francisco Rosas that Gonzalez was truly tested in the pro reigns. Gonzalez, who was quoted as having the “flu-like symptoms” prior to the bout struggled in the second half of their first bout, and took a tremendous amount of body shots as the two traded blows. This fight somewhat sums up Chocolatito’s career as Rosas is a tough fighter, whose record could be mocked, but also could’ve been easily avoided, part of the charm of Gonzalez is he took on all foes, of all styles, which eventually lead to his undoing later in his career.

Because of the first bout being so close, WBA sanctioned a light flyweight interim bout between Francisco Rosas and Roman Gonzalez. Gonzalez would make an example of Rosas dropping him three times en route to stopping him in two rounds. Gonzalez’s trademark left hand 45 uppercut to the body and head in unison was on full display as Rosas was outgunned. In Gonzalez’s next bout he was elevated to ful world champion status.

The apex mountain of Gonzalez’s career probably was when he defeated Akira Yaegashi, as he had beaten Juan Francisco Estrada and Francisco Rodriguez Jr. on his way to his third-division world title fight.

Gonzalez’s ability to counter an incredibly sharp Yaegashi was superb as was his ability to shorten the ring and force Yaegashi to expend tremendous energy while absorbing damage in the process. It might be hard for some to watch since it isn’t in English, but of all the fights, this fight feels to be the closest to Gonzalez’s prime.

The biggest win of Gonzalez’s career came at the backend of his career. Gonzalez made the jump to America, and with emerging promoter Tom Loeffler was getting paid well on HBO and headlining cards. Gonzalez was being paired with Gennaidy Golovkin, as two big power-punchers in two dramatically different weight classes as some of the last fighter HBO invested in.

The bout dubbed ‘Super-Fly’ was a play on the division and as well as the 70s blaxploitation films of the same name. This form of marketing made Gonzalez a main event fighter earning $400,000, and headlining HBO Boxing.

Gonzalez took time away from boxing before returning in March of 2017 to face Srisaket Sor Rungvisai, a lesser-known Thai fighter, who was ranked #1 by the WBC. The bout was fateful as Gonzalez was dropped in the first round and lost a close majority decision. I share the unpopular opinion that I feel Rungvisai pulled it out, but just barely. Rungvisai was all wrong for Gonzalez, too big, too willing to stand and trade with Gonzalez, and Gonzalez was not a backfoot fighter, meaning he had to exchange with the much bigger man to be effective.

When they rematched Rungvisai would brutally knockout Gonzalez, and sadly, due to the praise and marketing from HBO, a lot of fight fans took glee in seeing the suffering of Gonzalez, at this time.

Matchroom Boxing’s Eddie Hearn began working with Gonzalez in December of 2019, and has given Gonzalez’s career a revival. After a stay-busy win, Gonzalez was pitted up against undefeated Khalid Yafai in a fight people didn’t know what to expect in.

What we saw was one of the best Gonzalez performances in recent memory as he channeled his inner-Shane Mosley when Mosley fought Antonio Margarito. Yafai looked lost, as Yafai is a good fighter, but he was in there with an all-time great.

The performance was so good that it lead to Roman Gonzalez vs Juan Francisco Estrada II bout, and the bout was so close – despite not going his way, that we will see a third one, at some point. Now at 34-years-old, gonzalez will face one of the young forces of the division, Julio Cesar Martinez, in another bout that will add to his storied career as one of the greatest lower weight fighters ever.