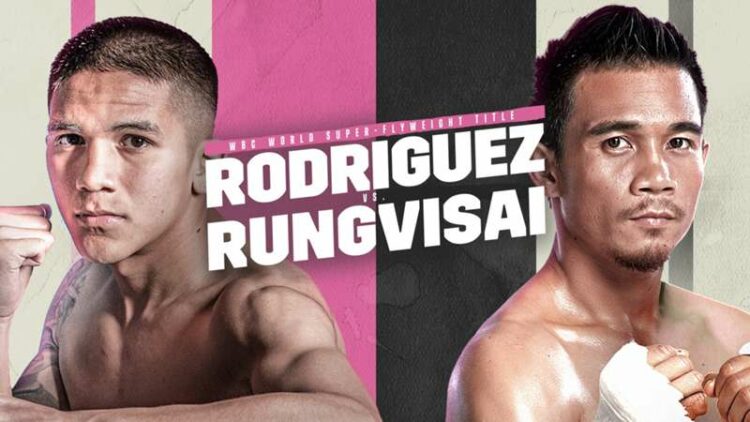 Jesse “Bam” Rodriguez was contending in the 108 and 112lb divisions before he got the last minute opportunity to move up to 115lb in February and fight for the vacant WBC Super Flyweight Title. Former WBC Champion Srisaket Sor Rungvisai was set to fight fellow former Champion Carlos Cuadras, but he was forced to pull out of the fight due to an illness. Rodriguez, who was already scheduled to fight on the undercard at 108lbs, stepped up two divisions on only 6 days notice for his first world title opportunity.

Bam looked nothing like a fighter who moved up two divisions with less than a week’s notice on fight night. He used his angles to consistently frustrate Cuadras, and floored him with a beautiful uppercut after a pivot in the third round. He stayed in the driver’s seat throughout the rest of the bout, as he coasted to a unanimous decision victory. At just 22 years of age, Rodriguez became the youngest world champion in the sport. He now returns to his hometown of San Antonio, Texas for his first title defense as the headlining event on DAZN.

Srisaket Sor Rungvisai is rated the #1 contender at super flyweight by Ring Magazine, and serves as an incredibly stiff test for Rodriguez, who ranks as the #6 super flyweight contender. Bam and his team mulled a potential return to 108 or 112lbs, but elected to stay at 115lbs and take on arguably the toughest test that they could have. Sor Rungvisai is remembered by many for his two victories over future hall of famer Roman “Chocolatito” Gonzalez. The rematch between the two saw Sor Rungvisai knock out the legendary Gonzalez in the fourth round, and Sor Rungvisai was near the top of all major pound for pound lists as a result.

Sor Rungvisai has had two fights with current WBA and Ring Magazine Champion Juan Estrada since his victories over Chocolatito. He split the pair of bouts. Each was a competitive affair that went the 12 round distance. Since losing to Estrada, Sor Rungvisai has had four consecutive victories and has been eager to get another chance to become champion. He has experience on his side, being in the ring with all of the best 115lbers of his generation. Like Bam, Sor Rungvisai is also a southpaw, and he will look to neutralize the lateral movement and boxing ability of his opponent with his supreme timing and punching power.

Not being a natural 115lber, there are an abundance of opportunities for Bam if he is successful this weekend. Bam and his trainer, Robert Garcia, have mentioned WBC Flyweight Champion Julio Cesar Martinez as a potential opponent, along with a potential super fight against Chocolatito Gonzalez. No matter what is next for the young star, if he is able to defeat a seasoned elite fighter like Srisaket Sor Rungvisai, then he immediately will deserve mentions in the pound for pound debate. A victory in the back half of 2022 against either a Julio Cesar Martinez or Chocolatito would also put Bam near the top in the running for the fighter of the year award.

Considering he was a 108lb prospect hoping to earn a mandatory spot earlier this year, he has certainly been put on the fast track after beating Cuadras for the WBC Super Flyweight Title. Some are wondering if taking on a fighter the caliber of Sor Rungvisai, is a little too fast, too soon. Bam has been adamant in the pre-fight buildup that he and his team are aware of the danger a challenge like this possesses, but he believes in his skillset and that now is the time to chase greatness. 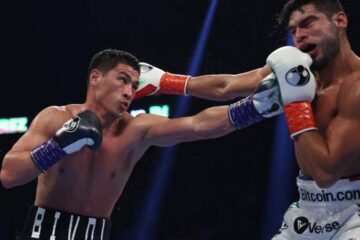