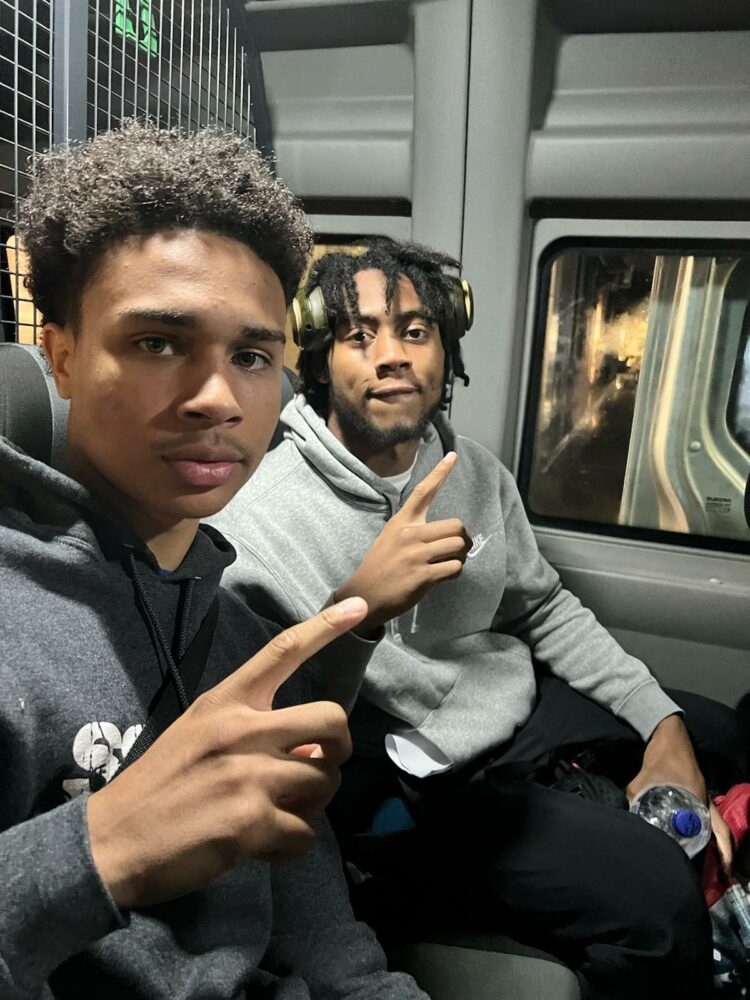 You couldn’t write the script for a better boxing story than the one God above us has written for Amari Jones.

The Oakland, California, native, who is signed to Devin Haney Promotions, saw success in USA Boxing tournaments despite limited experience, as he defeated one of the most acclaimed fighters of that decade in amateur boxing Kasir “Mazzi” Goldston, a win that put him on the radar of everyone who knew a thing or two about boxing. “Mazzi” at the time was sweeping the United States and only was losing in international competition, if then, Jones defeating him was a statement.

As most of us expected Jones to become a division-1 college recruit for football, as he carried that much talent on the grid-iron, yet his passion was boxing.

The prime minister of Bay Area boxing, Cordell Pearson, someone who balances and negotiates power and politics in aspects of boxing as I have seen in this region masterfully put Jones in front of the right people. A

Amari Jones spent years playing football and sparring one of the best amateur fighters I ever saw, Angel Cordon Jr., who should not be forgotten, as well as Andy Vences in the gym. The sparring was hard, but groomed him for where he is now.

The talent was there, but seeing Amari in the gym, I know he could be a world champion, I just felt like division-1 football would take him. Amari got serious with boxing, as stated above, and defeated Mazzi as well as Demontaze “Juicy” Duncan, two of the most avoided guys in his bracket.

Despite only having roughly fifty or so amateur fights, the decision was simple for Amari Jones, his goals were in the pros, and Jones was on a way plane ticket to Las Vegas, Nevada, as he started to train with one of the best fighters in the world Devin Haney, and be advised as well as trained by Bill Haney.

Not just did Amari Jones begin training with Devin Haney, but he also was a part of some of Haney’s biggest fights and training camps from Jorge Linares, Joseph Diaz Jr., and now George Kambosos Jnr. Jones was there in the camp and fighting on the undercard. As well as training at the ultra-exclusive and elite, SNAC training facility.

Jones turned pro on a Terri Moss boxing card in Atlanta and returned a month later to stop someone at the Michelob Ultra Arena.

His fourth fight, a homecoming in Sacramento, saw Jones outsell any other fighter, as the venue felt more like a nightclub than anything else. Jones did not just stop his opponent, the crowd went wild while he did it.

Jones would step up dramatically facing Timothy Lee on the Devin Haney vs. Joseph Diaz Jr. As Lee was in-shape, dawning a professional record of 5-1, and ready to spoil Jones’ fast start to the pros. The only problem for Lee is that Jones wants boxing to work so bad, that he is not going to lose. Not just did Jones win, but he stopped Lee in the sixth-and-final round.

The fight was a step-up, but Amari Jones showed that was the level he was at, and above the aforementioned fighters before him. This fight alone won Amari Jones our award for last as the prospect of the year under ten fights.

Jones last fought on the Devin Haney vs. George Kambosos Jnr undercard, after the main event defeating an undefeated fighter, as Jones continues to make a mark on the sport, and the best fighter I saw as a prospect as of year with less than ten fights is now becoming a fringe contender.

His fight this weekend will be the second time his local market fans get to see him, as Jones will be fighting at the DoubleTree Hotel in Sacramento, California, across from the Arden Fair Mall. Jones should provide the result the fans want to see in a knockout and beyond that, he is with a team, the Haney’s who have taken the “out of the trunk” motto for independent musicians and artists, and brought it to boxing.

Devin Haney has become a social media and cultural icon by growing up in front of thousands of people’s eyes, all at once, and achieving greatness, and Jones has a chance to be the next wave of this system. In what is now becoming a once-a-year type of occasion fighting in the Northern California region, as Jones builds up his record, his story and style resonate with a lot of people, as Jones seems to be someone Norther California is hoping will be great, and I personally know will be that.

I view Jones as young greatness, not unlike Jesus Shuttleworth, Ray Allen’s character in “He Got Game”. Some people are special, they are brought here to instill hope and Jones feels like one of those athletic folk-heroes raised under the tutelage of great pro boxer and former world champion James Page, and Devin Haney – the avenue to success is there for Jones, it now just comes down to timing.

This Friday is yet another stop along the way.

Other featured on this card are Cain Sandoval, a talented Sacramento fighter, middleweight Joeshon James, a fighter who is testing himself early in his career, Angel Chavez of Salinas, California who has fought on PBC cards, and Sergio Vega.