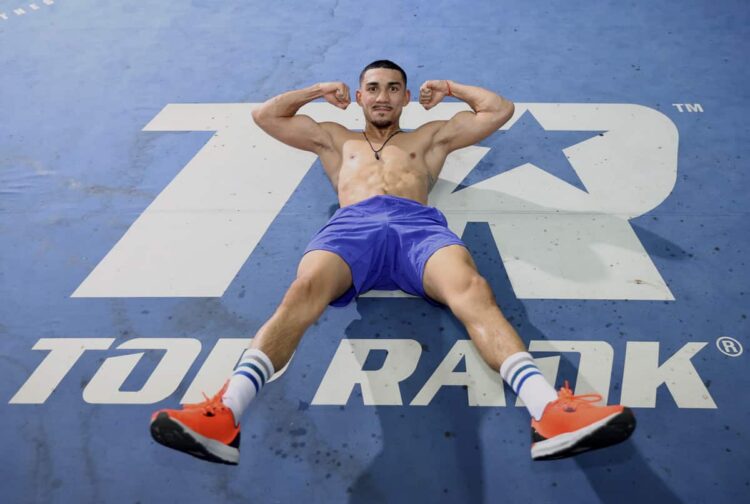 Teofimo Lopez, nicknamed “The Takeover”, did just that to the world of boxing on October 17, 2020 when he became the unified lightweight champion of the world defeating Vasyl Lomachenko by unanimous decision. At just 23 years of age, Lopez became the king of the lightweight division and was looked at by many as potentially the future of the sport. He has achieved a lot of success at a very young age, and after a recent defeat to George Kambosos Jr, he looks to return to his past form that had the looks of a special fighter.

It did not take long for Teofimo Lopez to get a fight on the biggest stage. After a unanimous decision victory against Masayoshi Nakatani in an IBF title eliminator, he turned his attention to Richard Commey, who was the champion at the time. This set up a fight between the two in December of 2019 as Lopez received his first title shot.

Teofimo took advantage of the opportunity to fight in front of a large nationwide audience, with his fight following the Heisman trophy ceremony live on ESPN. A pinpoint straight right hand from Lopez dropped Commey hard only 40 seconds into round two. After taking a barrage of punches following the knockdown, Commey was out on his feet and the fight was waived off. With the victory, Lopez became the IBF Lightweight Champion, and his highlight reel stoppage was seen by millions of boxing fans around the world.

That set up a showdown for the unified lightweight championship of the world between Lopez and the WBO and WBA Lightweight Champion, Vasyl Lomachenko. Lomachenko was regarded as one of the sport’s best pound for pound fighters in the sport coming into the fight, but that did not stop Teofimo Lopez and his team from having supreme confidence in the buildup.

“But, at the end of the day, I’m going to beat the shit out of him,” Lopez said in an interview leading up to the fight. “I’m not Linares. Everybody knows that. I’m not Pedraza. I’m not any of those guys he beat. They can say Loma is No. 1 at 135 and I’m second. Well, we’re going to change that when we fight. I’m not worried.”

The two lightweight champions met in October of 2020 to determine who was the king of the division. Lomachenko came into the fight the favorite, but he realized early on that he was in for a long night against the young American from Brooklyn, New York. The speed and power of Lopez had Lomachenko very quiet offensively. After getting significantly outpointed in the first seven rounds, Lomachenko rallied and had more success using his angles to score and frustrating Lopez. He appeared to be up on the cards going into the last round of the fight, but with the fight being competitive in rounds eight through eleven, Lopez wanted to make a statement and close the show in style. That he did, as he was able to stun Lomachenko in round twelve showing the ability to dig deep in the championship rounds.

With the victory Teofimo Lopez became the unified lightweight champion of the world. That night he showed the world just how special of a fighter he could be and lived up to the high expectations that he and his father, Teofimo Sr, set when they called out Lomachenko and said that they would defeat him. In his first title defense, he fought his IBF Mandatory Challenger George Kambosos Jr. The fight itself took a much longer time to come to fruition than anticipated. After originally being set for June 19, Lopez tested positive for covid-19 and that postponed the fight. Due to having many other potential fight dates fall through, Triller ended up defaulting the event entirely.

Eddie Hearn and Matchroom Boxing placed the second highest bid on the fight, so once Triller moved on they were named the lead promoter of the fight. It was finally scheduled for November 19, 2021, 5 months after the fight was originally supposed to take place. Lopez was a heavy favorite going in, as the odds had him favored as high as a -1300 favorite on the books. He and his father were both vocal in the pre-fight build up saying that Kambosos was not near Teofimo’s level as a fighter and that they would be victorious via first round knockout on fight night.

As soon as the fight was underway Lopez was on his front foot and looking for a first round knockout. As a result of being so focused on knocking Kambosos out, he was caught by an overhand right that sent him to the canvas near the end of the first round. Kambosos was able to keep the aggressive Lopez at bay as he controlled most of the fight. Lopez rallied late and got a knockdown of his own in the tenth round, but it was not enough as Kambosos emerged as the split decision victor. Teofimo Lopez looked like a much different fighter that night than he did during his victory against Lomachenko. There are a number of reasons for that being true, most notably the fact that Lopez fought with pneumomediastinum, a condition where air is present in the space in the chest between the two lungs.

“He could have died, for sure,” said Dr. Linda Dahl, an otolaryngologist with surgical privileges at three Manhattan hospitals. “How he breathed, I can’t even explain to you. It’s like somebody tied a 300-pound set of weights around his chest … like his neck and chest were in a vise. That’s how he fought.”

Teofimo Sr said that they knew before the fight that something was off with his son, but he was convinced by Teofimo Jr to let him get into the ring, a decision that he now regrets and a mistake that he claims he will never make again. Along with a live-threatening medical problem, Lopez dealt with some issues in his personal life that served as a distraction from the fight. He has been honest about dealing with his mental health struggles, and as a 25 year old who has put a lot of pressure on himself you can only hope that he is able to get his mind right.

When Ryan Garcia pulled out of a fight last summer due to mental health reasons, many of his peers criticized his decision. Despite normally trash talking the other young fighters around his weight class, Lopez came to the defense of Garcia and put out a supportive message on his twitter.

“It takes a brave soul like Ryan Garcia to openly express that he’s going through tough times mentally. Instead of pointing the finger at him maybe you all should take a lesson from it! We’re all dealing with something so what makes us any better?” #LOVEyours

Before his fight against Kambosos, Lopez expressed publicly the troubles that he has endured and how he tries to escape it.

“I had to take a step back, get off the phone, because that shit is toxic. It really is. People can get like that with you. Negative people can really bring negative mindsets. I took care of my body and thanked Lord for his grace and mercy.”

After nearly a year layoff, Teofimo Lopez returns to the ring this Saturday at 140lbs against Pedro Campa. Campa is a solid fighter who holds a 34-1-1 professional record, but all but one of his pro fights have taken place in his home country of Mexico against limited opposition. This is a massive step up in class for Campa, as Lopez hopes to look like his old self and show the generational talent that he possesses. With a strong performance this weekend, Lopez can earn back some of the momentum that he had previously before losing his lightweight titles to George Kambosos Jr. Though Campa is going to be game and will not come to lay down, I fully expect Lopez to get the job done and pick up the much needed victory.

Lopez and his father have brash personalities, and that causes many boxing fans to either “love them or hate them”. Though I do not agree with many of the comments they have made, I applaud Teofimo Sr for raising his son and getting him to become highly successful at a very young age. Since defeating Vasyl Lomachenko two years ago, life has been nothing like they had anticipated with Teofimo losing his titles and dealing with a number of issues outside of the ring. With a victory Saturday, Lopez can begin to return to his previous form, and if he has a handle on his mental health, I would not be surprised at all to see him make a run at 140lbs and become a champion once again in the near future. 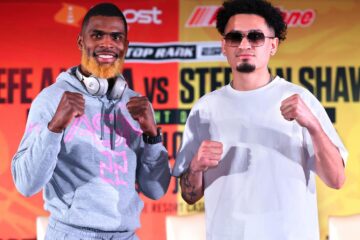