The fight will be streamed live by BLK Prime (https://watchnow.blkprime.com/)

for the price of $39.99. This will be BLK Prime’s first streaming of a professional boxing event, but the Silicon Valley-based tech company has streamed several non-professional bouts. BLK Prime is a subscription video on demand company that utilizes elite technology to bring the best picture-perfect stream available.

“BLK Prime has been in existence for five years and we are excited to announce our first World Championship bout,” said a spokesman from BLK Prime. “To make our debut with boxing’s pound-for-pound number one fighter in the world, Terence Crawford, is a home run and we can’t wait for December 10th in Omaha, Neb.”

The three-division world champion and current WBO Welterweight World Champion Crawford (38-0, 29 KOs), 35, is widely considered the No. 1 pound-for-pound star in the sport, topping the rankings on major publications including ESPN, Sports Illustrated and Yahoo Sports. Known for his exceptionally fast hand speed, ring IQ, counter-punching abilities, defense and ability to switch naturally from orthodox to southpaw, Crawford won his first world title at lightweight in 2008.

Crawford became the undisputed 140-pound world champion after he knocked out Julius Indongo in August 2017, making him the first undisputed champion at 140 pounds since Kostya Tszyu in 2004 and the first male boxer to simultaneously hold all four major belts since Jermain Taylor in 2005. More recently, Crawford has taken over the welterweight division, disposing of world champions Jeff Horn, Amir Khan, Kell Brook and Shawn Porter in his destruction of the division. His last time out, Crawford became the first fighter to stop Porter, putting him down twice in the 10th round.

The 34-year-old Russian native Avanesyan (29-3-1, 17 KOs) is promoted by Frank Warren’s Queensberry’s Promotions. The biggest win of Avanesyan’s career took place in 2016, when he scored a unanimous decision against former world champion Shane Mosley to retain his title, while also making his United States debut. Avanesyan is currently riding a six-fight knockout streak and is considered a very dangerous opponent. 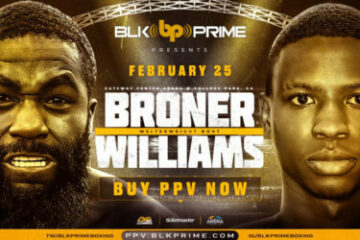