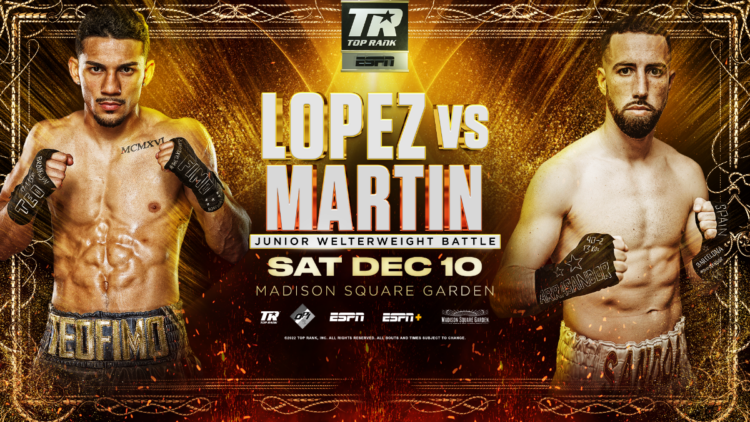 Lopez-Martin, scheduled for 10 rounds, is a final eliminator for the WBC world title.

Brooklyn native Lopez (17-1, 13 KOs), the former lightweight king, made his junior welterweight debut in August with a seventh-round stoppage over Pedro Campa. He hopes to become a two-weight world champion in 2023, but the WBO No. 1 junior welterweight contender must first defeat the slippery Spanish southpaw. Martin (40-2, 13 KOs), who hails from Barcelona, authored the 2021 Upset of the Year when he stunned Mikey Garcia by majority decision and sent the four-weight world champion into retirement. Martin, ranked in the top 15 by all four major sanctioning organizations, followed up the Garcia triumph with a 10-round unanimous decision over Jose Felix in April.

“We wish Jose Pedraza a speedy recovery, but we look forward to facing Sandor Martin. He was the opponent we originally wanted for Heisman Night at Madison Square Garden,” Lopez said. “I will continue to silence the doubters as I take over the 140-pound division. I look forward to giving my hometown fans a special night of boxing.”

Martin said, “I’ve dreamed of fighting in a main event at Madison Square Garden. This is my time. I’ve taken the risk, and I will take control against Teofimo Lopez on December 10th. I will give the fans what they want to see.”

Promoted by Top Rank, in association with OPI Since ’82, tickets starting at $51 are on sale now at Ticketmaster.com. 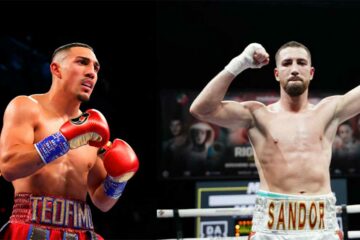