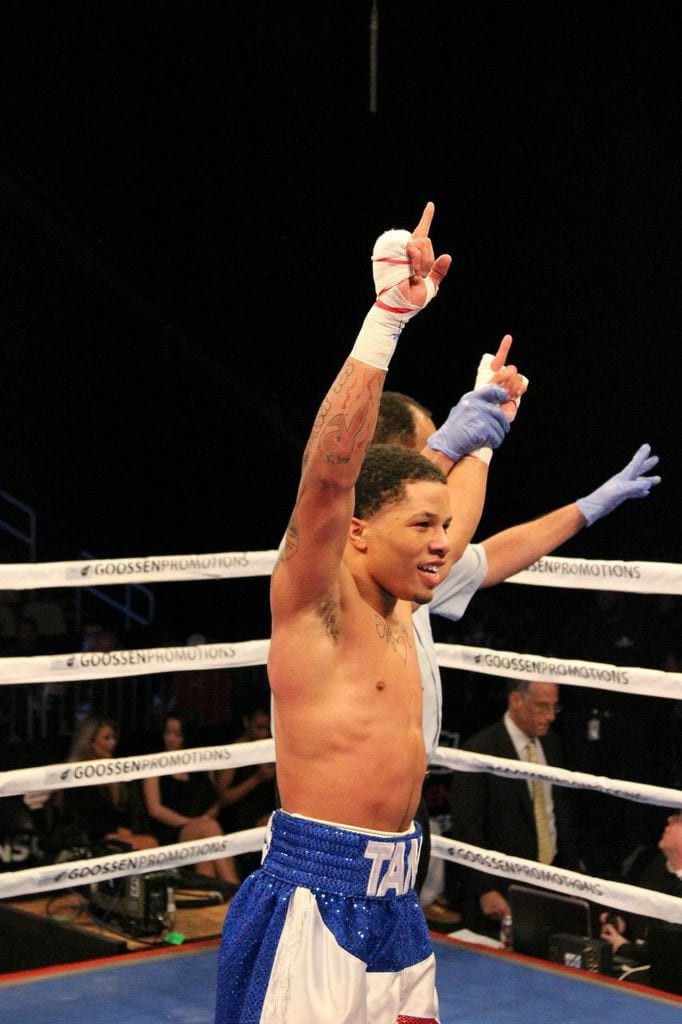 BALTIMORE, MARYLAND, U.S.A. – On Friday night, February 20, 2015, Baltimore featherweight professional boxer, Gervonta “Tank” Davis defeated Puerto Rico’s Israel “Macho” Suarez, winning by knockout at 2:13 of Round 1. Moments into the fight, the twenty-year old Davis dropped his opponent with a vicious barrage of punches, ending the contest after just 47 seconds. With the win, Davis’ record moves to 10-0, with 9 knockouts, while Suarez drops to 4-5-2, with 1 knockout. Davis-Suarez was scheduled as a six-round non-televised undercard bout on ShoBox: The New Generation, held at the Consol Energy Center in Pittsburgh, Pennsylvania. Davis and his longtime boxing trainer, Calvin Ford, talked about the win and what Team Davis expects for 2015. 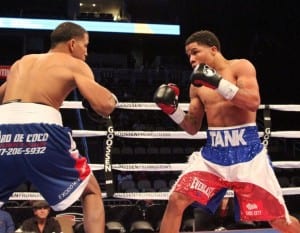 Calvin Ford said, “We were well prepared for this fight, and had a solid camp. There was a lot of emotion going into his tenth pro fight. His opponent was game and tried to assert himself early. Gervonta made quick adjustments, and an early knockout was the result. We won our tenth fight in exciting fashion, and now it is time to move to the next level. Gervonta’s ability to listen and buy into the team’s system has improved over the last few fights. The higher levels of this boxing game require more focus and preparation than the lower levels. Competition will be tougher, and we need to continue to fight guys that are going to prepare us for the championship level. If Gervonta stays on course, he will be very successful.” 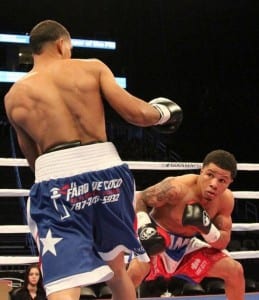 Gervonta Davis added, “I was focused for this fight. I’m excited that I was able to get my tenth win and another knockout. I spoke with the Haymon Boxing Team. They told me to stay in the gym and keep grinding, because a lot of big things are about to happen for me. I’ve been boxing since I was eight years old. I’m looking forward to the challenge, and I’ll be staying ready. I want to be known as one of the top prospects in 2015. Thank you Al Haymon, Showtime, and Goossen Promotions for having me on the ShoBox card. Thanks to Shoe City, Everlast, Nike Boxing, Athlete Performance Solutions, Baltimore Parks and Recreation, Upton Boxing Center, and Ethika for their support of Team Davis. To my city of Baltimore, and all the people who came out to see me fight, thank you. Keep supporting me, and I’ll fight for you.” 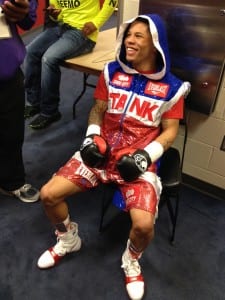