Floyd Mayweather Jr. has publicly announced via his account on the mobile app, shots, that the bout all sports fans have been dreaming of is official. The self proclaimed “TBE” (the best ever) included a picture of the signed contract with the following caption: “What the world has been waiting for has arrived. Mayweather vs. Pacquiao on May 2, 2015, is a done deal. I promised the fans we would get this done, and we did. We will make history on May 2nd. Don’t miss it. This is the signed contract from both fighters.” 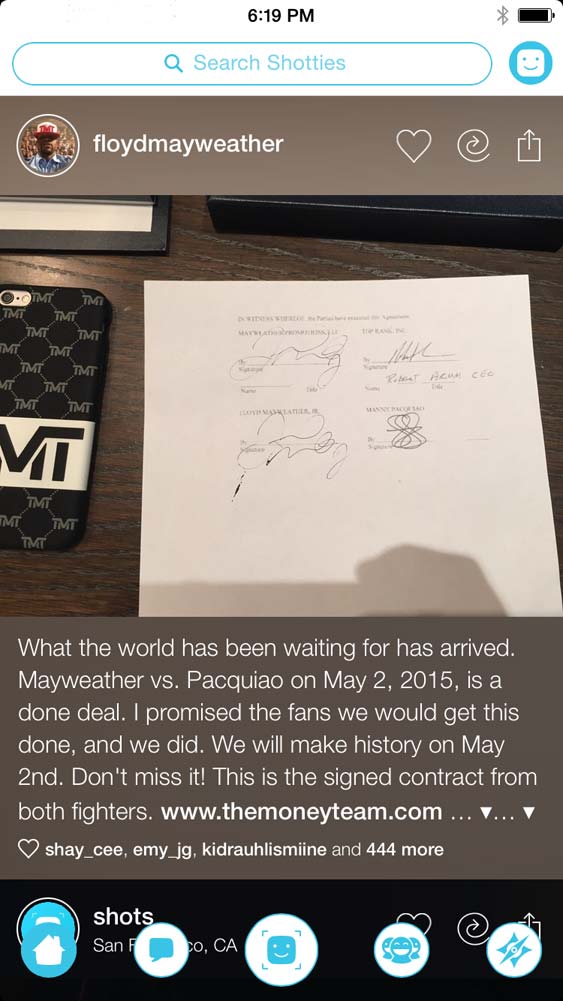 “I am glad my decision to meet with Manny and discuss making this fight happen helped get the deal done,” said Floyd Mayweather in a statement following the big announcement. “Giving the fans what they want to see is always my main focus. This will be the biggest event in the history of the sport. Boxing fans and sports fans around the world will witness greatness on May 2. I am the best ever, TBE, and this fight will be another opportunity to showcase my skills and do what I do best, which is win. Manny is going to try to do what 47 before him failed to do, but he won’t be successful. He will be number 48.” 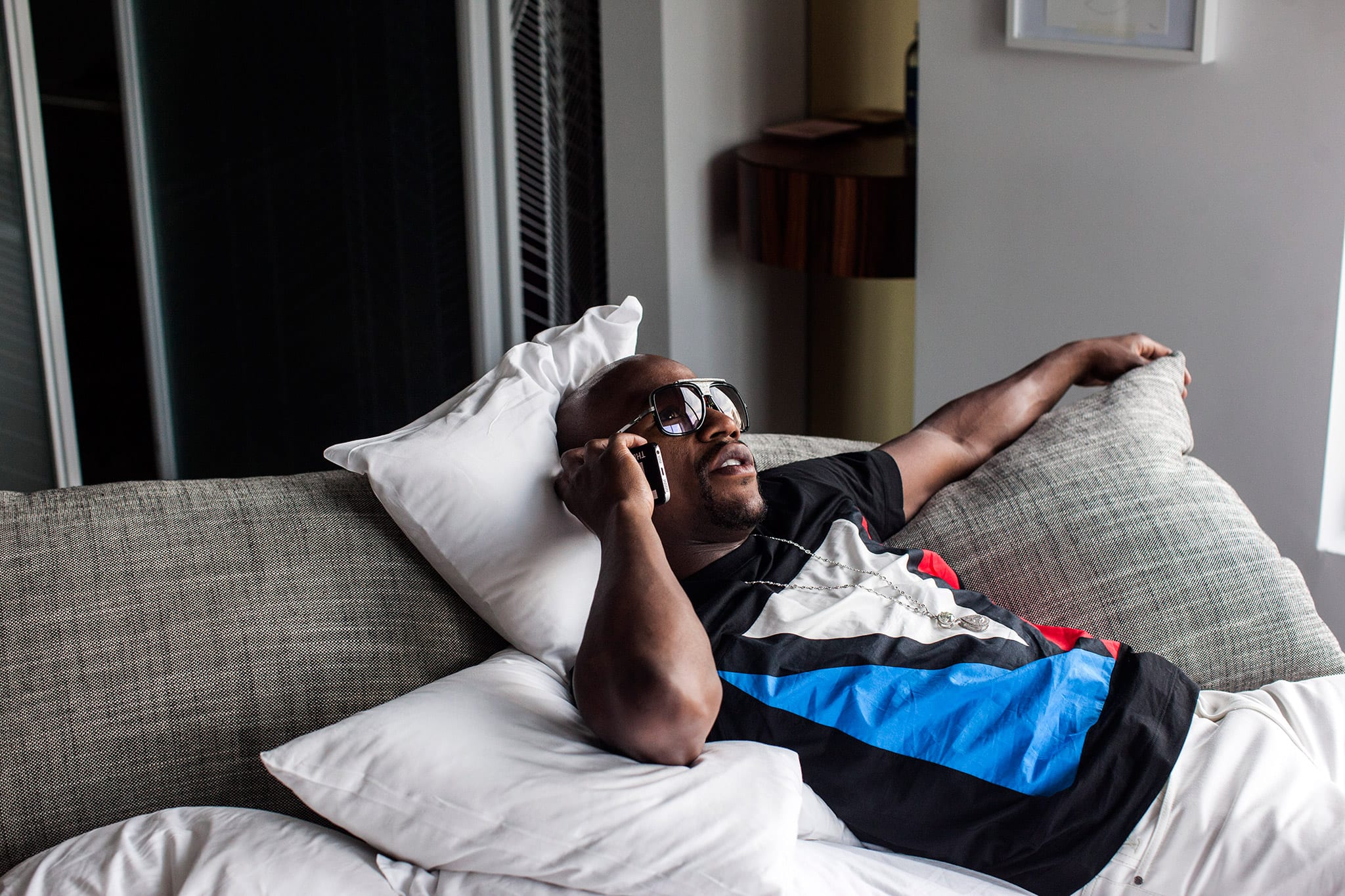 In what is without a doubt one going to be the most lucrative bout in the sport’s history, a joint venture between rival networks, HBO and Showtime, prompted immediate press releases from both parties.

Stephen Espinoza, Executive Vice President & General Manager, SHOWTIME Sports: “Everyone involved, including Floyd Mayweather and Manny Pacquiao, knows this fight simply had to happen. All of us are thrilled to be able to deliver this event to boxing fans around the world. Now, for the second time under his current deal with Showtime Networks, Floyd Mayweather has agreed to fight an opponent that many people thought he’d never face. We set an all-time pay-per-view record with the first event back in September 2013, and we look forward to another record-breaking performance on May 2.”

Ken Hershman, President, HBO Sports: “Manny Pacquiao and Floyd Mayweather have been the two most prominent fighters in the sport of boxing for the past decade, and fight fans around the world have been clamoring for them to face each other. And now, on May 2nd, in what everyone believes will be the biggest boxing event of all-time, fight fans have been granted their wish. May 2nd will be a signature moment for the sport of boxing and HBO Sports is thrilled to be a part of this spectacular event. I know the fighters and their teams will be primed to excel and we plan to work closely with everyone involved to deliver the same level of performance from a broadcast perspective.”

As for the other side of the ring, Manny Pacquiao is a man of few words as usual, “This is just like any other fight I had before,” Manny told Philippine reporters.

“I’ve been in this kind of situation many times in my previous fights. It doesn’t scare me. I love being the underdog,” said Pacquiao in response to being the underdog by the odds makers in Las Vegas, NV. “It even motivates me to train hard and go for the crown,” 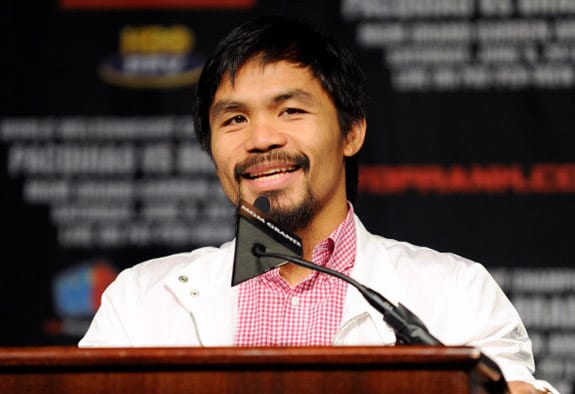 Some of the small details in this split telecast between HBO are as follows. The pre fight broadcast team will feature Paulie Malignaggi, and James Brown. The locker room correspondences will be HBO’s Max Kellerman, and Showtime’s Jim Grey. The live telecast will be commentated by HBO’s Jim Lampley and Roy Jones Jr, and Showtime’s Al Bernstein. Rumor has it that Floyd Mayweather tried to prevent Jim Lampley from being the blow-by-blow commentator for this mega fight. However, those attempts were unsuccessful.

Manny Pacquiao will also be allowed to wear his usual Cleto Reyes brand fight glove, while Floyd Mayweather will be sporting his usual Grant glove.

Canelo is ready to impress against Kirkland

Floyd Mayweather willing to come back for Conor McGregor 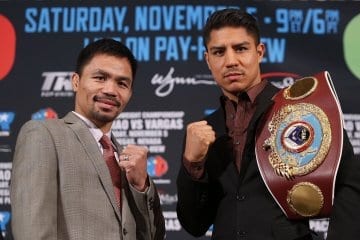 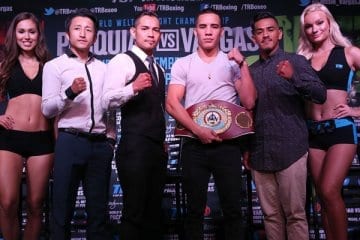 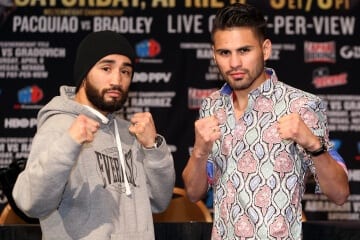