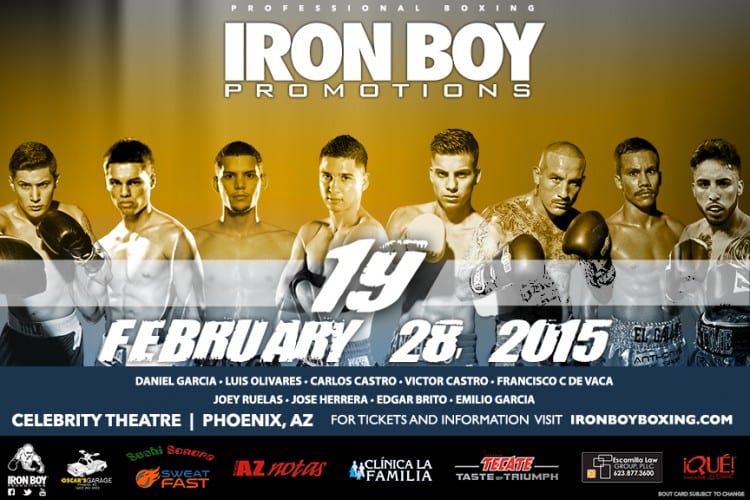 PHOENIX  — February 26, 2015 —  The stage is set for Iron Boy Promotions’ 18th professional boxing event in the Valley of the Sun.  Iron Boy 19 is this Saturday, live at the storied Celebrity Theatre in Phoenix, and streaming online live and free at www.ironboyboxing.com.   The stacked card features 10 fights, and is headlined by a ten round heavyweight contest between NABO Heavyweight Champion “Prince” Charles Martin (19-0, 17KO) and Raphael Zumbano Love (35-9-1, 28KO).  Martin, who is ranked #5 in the world by the World Boxing Organization (WBO) will be staging his second title defense when he faces the Brazilian native.

Francisco C. De Vaca (9-0, 4KO) makes his ring return Saturday.  The 20 year-old fighter had boxing fans on their feet in his December outing at Celebrity Theatre, defeating tough-as-nails Jesus Navarro in a six round battle.  He faces Tijuana’s Saul Hernandez (6-5, 4KO), who went 3-0 in 2014.  Vaca also completed his training camp in Los Angeles, and will be joined in his corner by his long-time trainer Roberto Alcazar, who was the head trainer of Oscar De La Hoya.

Albuqerque’s Brian Mendoza (3-0, 2KO) will make his third appearance on an Iron Boy Promotions card.  Mendoza is managed by mega-manager Cameron Dunkin, and trained by Fidel Maldonado, Sr.  Also on the card, Arizona’s Jose Herrera will make his debut versus New Mexico’s Fernando Alvarez, who is also stepping into the ring as the first time as a professional. 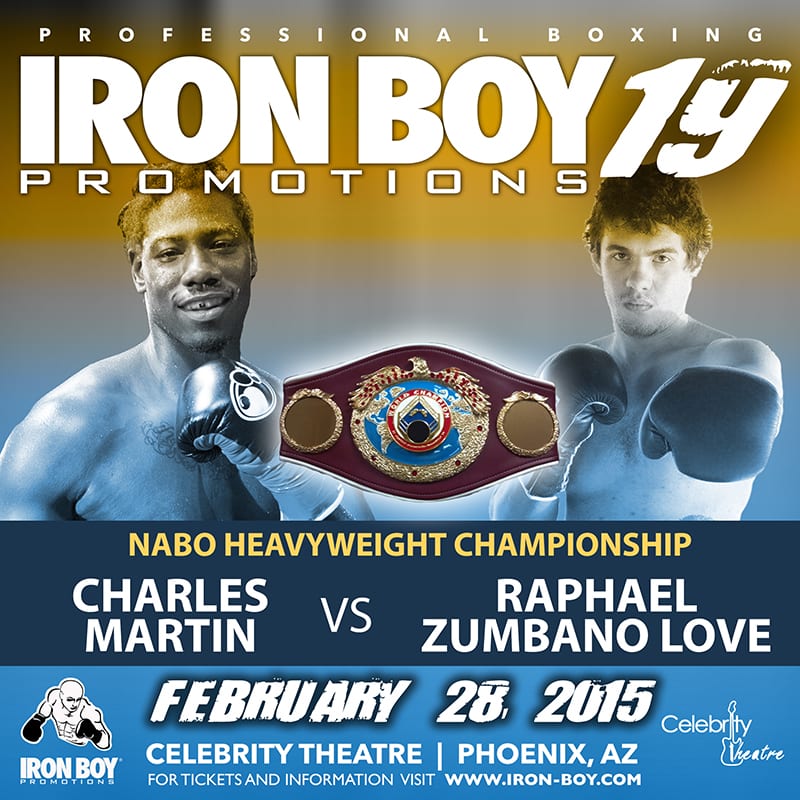