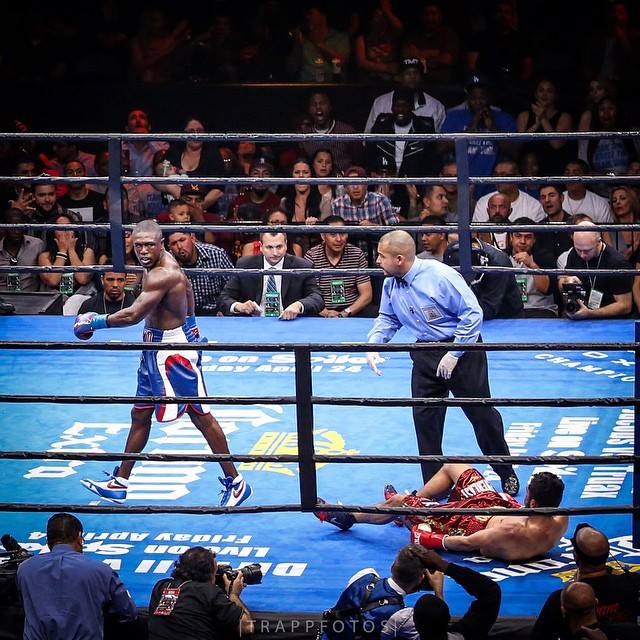 Andre Berto refused to have his boxing career thrown into the bushes as he stopped Josesito Lopez in the sixth round of the main event of Premier Boxing Champions on Spike TV live in Ontario, CA. Lopez saw success early as he used his length and combination punching to give Berto fits early. The first three rounds saw Lopez outboxing the former champion as it appeared Lopez may earn an upset victory in his hometown and live up to his nickname “The Riverside Rocky”, once again. Berto, on the hand looked stiff and unable to set up shots as Berto was sitting down on every shot throwing single shots rather than combinations allowing him to be picked a part.

In the fourth and fifth round, Berto began using a double jab and slowly started get closer to Lopez who still appeared to be getting the better of the exchanges as well as offset Berto’s rhythm by clinching and landing rabbit punches. In the sixth, Lopez allowed Berto inside without clinching which changed the outcome as Berto landed a left hook that held Lopez in place to set up a booming overhand right that floored Lopez. Lopez was up by the eight count, but dropped with the very next punch causing the ref to make the unpopular decision to stop the fight. The stoppage was questionable, but seemed to be inevitable especially looking at the damage Lopez has taken over his career, namely against Canelo Alvarez and Marcos Maidana.

The win moves Berto back into title contention and should set up a rematch with Victor Ortiz on PBC card.

Porter Too Much For Bone

Shawn Porter rebounded from his first career loss by destroying 24 hour replacement Erick Bone via fifth round stoppage. Bone had early success especially with his lead left hook against a very aggressive Porter, but class and conditioning showed overtime as Porter was able to bully Bone backwards from the second round on and by the fifth round Bone looked battered and beaten. Porter’s original foe, Roberto Garcia, failed a pre-fight medical evaluation and was not cleared to fight.

Chris Arreola came in nearly 30 lbs. heavier than his last fight and after the first round it showed as he went life or death with Curtis Harper in a somewhat entertaining fight. Arreola dropped Harper and nearly had the fight won in the first round as Harper looked shaky to say the least. After the first round, Arreola saw a dramatic decline in condition which began to shape the fight. Arreola starting from the third round on began to decline in pop in his punches and pace which allowed Harper to get the better of some exchanges. The last four rounds of the fight saw the two heavyweights engage in a very close slugfest in which defense was tossed to the side, for Arreola this fight hopefully will be a wake up call.

Golovkin to face Monroe Jr. on May 16th at LA Forum 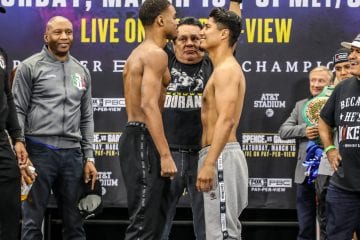