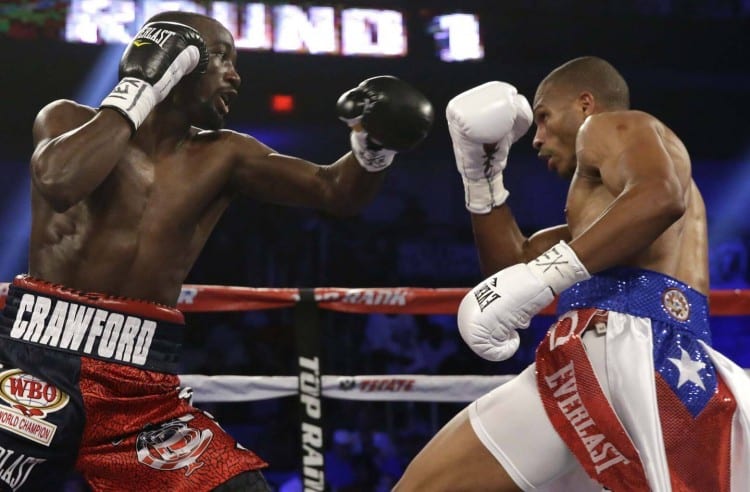 Terence Crawford (26-0, 18 KOs) made quick work of highly touted Puerto Rican champion, Thomas Dulorme (22-2, 14 KOs), picking up the WBO Championship in the process. Terence controlled the pace of the fight throughout the first five rounds, but at the same time he allowed Dulorme to stay competitive and display his superior speed as well. Some observers felt as if Dulorme was winning a few of those rounds, while others, mainly the HBO staff and Top Rank, had it a pure shut out for Crawford. Finally in the sixth round the undefeated challenger opened up with a vicious lead left hook, followed by a straight right that started the beginning of the end. An onslaught from Crawford dropped Dulorme two more times prompting referee Rafael Ramos to stop the bout at 1:51 in the sixth round.

“I had a hell of a performance,” Crawford said after the fight. “My coach told me to just touch, touch him for the first five rounds letting him feel it, but in the 6th, he told me to hit him. I felt like I could do anything. I felt stronger.” With the win Terence Crawford is now the WBO Super Lightweight champion in one of the most talent rich divisions in Boxing. Many options for him from here. 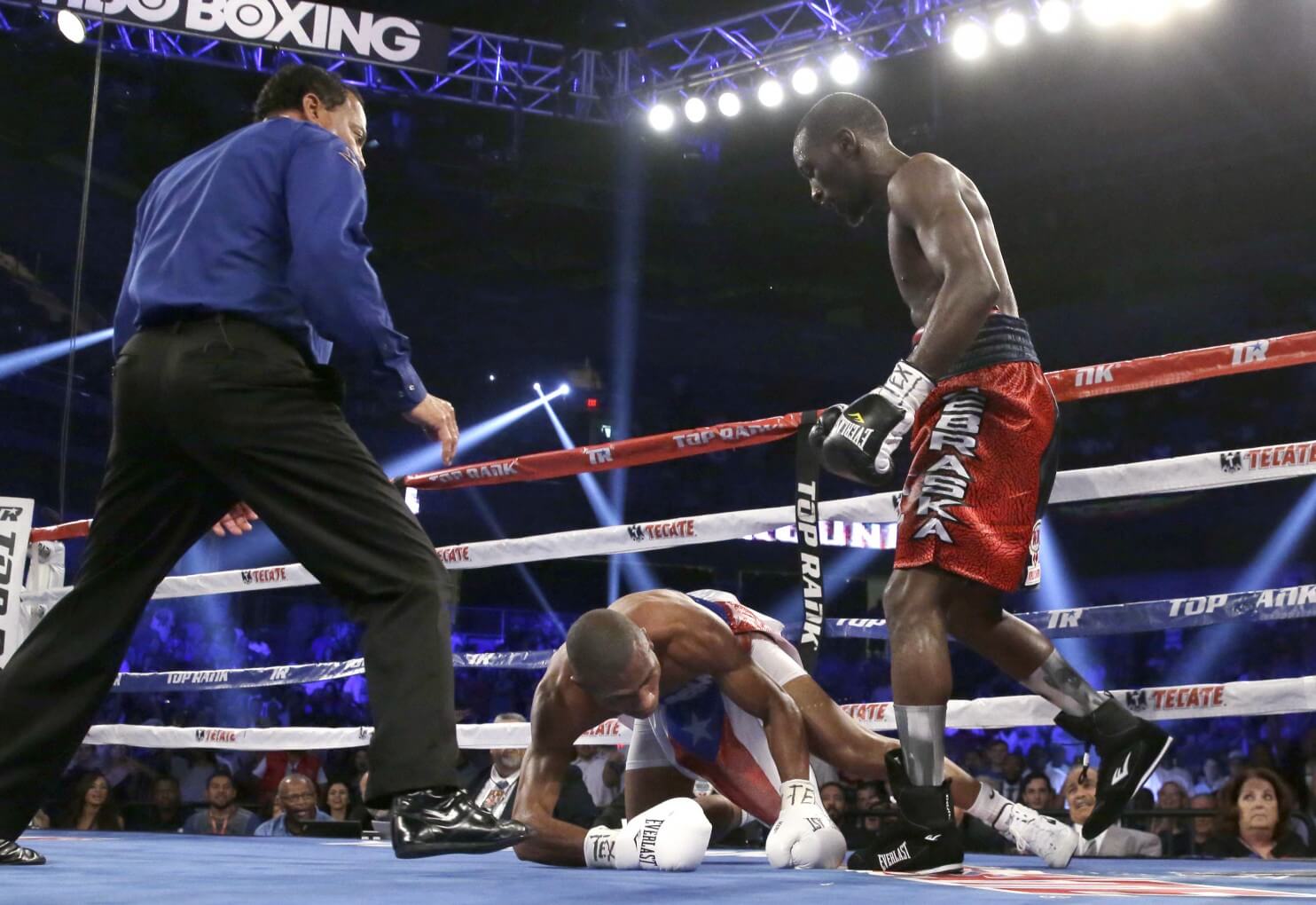