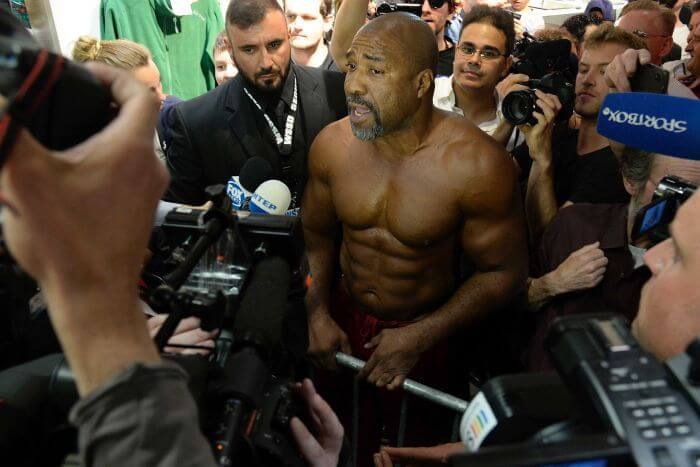 In a less than thrilling press conference for this weekend’s HBO heavyweight title bout between champ Wladimir Klitschko vs. Bryant Jennings. The conference essentially was the convention of the overly polite as both of the fighters refused to say terrible things about their foe as it was a very general and standard press conference with well coach, boring answers. 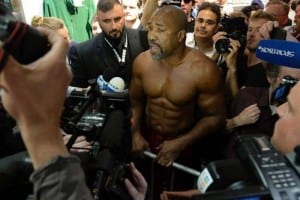 That was until Shannon “The Cannon” Briggs continued his #LetsGoChamp campaign by disrupting the flow of things by voice his opinion. “Let’s go champ! He is avoiding me!” Briggs yelled from the floor as members of the media began to flock towards Briggs rather than further ask questions for the fighters in the main event. This is not the first time Briggs has disrupted a Klitschko weight in, but this one was probably the most effective as he essentially high jacked the press conference and made it more about himself.

The big question is will this be a theme of the week as well as how fan interest is for Wladimir Klitschko vs. Bryant Jennings as it appears a bit muted as it has the dubious feat of being the fight one week before Mayweather vs. Pacquiao.

video below via HitFirstBoxing