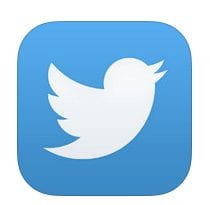 I like Keith Thurman. I don't like Amir Khan. That being said, I rate them about the same at 147 right now…

I like Keith Thurman a lot…good fighter but the hype reminds me of another Welter, Antonio Margarito.

Keith Thurman shouldn't of been struggling with that guy tho. You can't ever sleep on a veteran tho.

Body shots take long to recover from. Collazo should be going for broke digging Thurman's body.

Pretty solid/kinda weird segment on Thurman there. Sometimes it seems like PBC is "getting there" as far as production.

And oh yeah, the fighter who went down, McDonald, essentially quit by going down, but people won’t make fun of him the way they do Collazo.

Does Collazo have some Mexican blood? Because he quit like Julio and Julio Jnr rolled into one

Hah. Remember on our podcast when I remarked that Thurman's durability could have a big question mark on it?

Willie Nelson has the right body, but he has the wrong style.

Thought Tony Harrison was real thing — wrong. Doesn't take a punch and showed some give in the last cple. of rounds before end.

Tony Harrison talked all that shit and ended up getting his ass seated. This is why boxing annoys the fuck out of me.

Damn Tony Harrison loss? they was moving him. Back to back fights. I could tell something big was on the horizon.#PBConESPN

You let God Haymon the people and your city down Tony Harrison!

Hank Lundy is a delusional head butting no boxing skills having piece of crap.

@RPopBox just because everybody feels Herrera was robbed before don't make any excuse..I hate robberies on whoever it is

Matthysse has a fight lined up. Why not Herrera vs @budcrawford402? #boxing