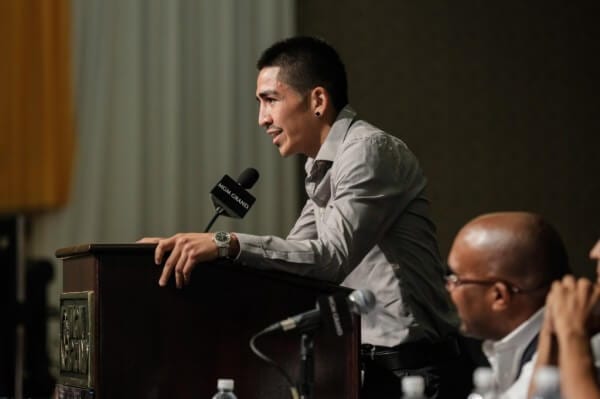 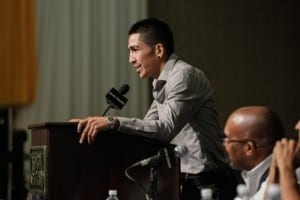 To kick things off, an open-to-the-public fan rally and press conference will be held next Tuesday, July 14 at 4:30 p.m. PT at Plaza Mexico in Los Angeles. Both Santa Cruz and Mares will be in attendance. Fans are encouraged to arrive early.

“I’m really excited for this fight, it’s a fight the fans have been asking for and I’m ready to give them what they want – a great show and a great victory,” said Mares. “L.A. is my home, I train here, grew up here and I’m ready to show this city and the world that I am the champ. I’m proud to be part of this great event on ESPN at Staples Centers. Boxing is bigger than ever. Whatever you do, don’t miss this fight.

Born in Guadalajara, Jalisco, Mexico and fighting out of Downey, Calif., Mares first tasted world championship gold in 2011 when he beat Joseph Agbeko to win the bantamweight world title. He continued his rise up the pound-for-pound list with wins over Anselmo Moreno and Daniel Ponce De Leon to win world titles at super bantamweight and featherweight respectively. The 29-year-old has won three straight fights including his first PBC appearance in a victory over Arturo Reyes in March. He will look to add another career milestone and take hometown bragging rights by defeating the unbeaten Santa Cruz.

“This fight means so much to me because I know it is what the fans have been waiting for,” said Santa Cruz. “The opportunity to fight at STAPLES Center against a Mexican warrior and great fighter in Abner Mares is one that I plan on taking very seriously. We have been preparing for this moment for a very long time and I’m so glad it’s finally here. A win is going to take one of us to the next level.”

A two-division world champion with a fan-friendly style, the 26-year-old Santa Cruz won his first world title in 2012 before adding another belt in 2013, which he defended four times. Unbeaten as a pro, Santa Cruz moved up in weight in his last fight and handedly defeated Jose Cayetano on the pay-per-view undercard of the record-breaking Floyd Mayweather vs. Manny Pacquiao fight. Born and raised in Los Angeles to Mexican parents, Santa Cruz faces the toughest challenge of his career when he squares off against the Mexican warrior Mares.

This explosive fight comes to primetime on ESPN in one of the most revered venues in Los Angeles in the STAPLES Center. Santa Cruz vs. Mares continues a longstanding history of top local fighters competing in front of rabid Los Angeles boxing fans and marks the first fight at STAPLES Center in nearly three years. The last fight at the famed arena took place on November 10, 2012 and featured both Santa Cruz and Mares in the main and co-main events.

“All of us here at STAPLES Center could not be more excited to host this incredible fight in downtown Los Angeles,” Lee Zeidman, President, STAPLES Center. “It is an honor to have these two talented fighters in Mares and Santa Cruz bring this bout to their hometown and to all their fans here in Southern California, it will undoubtedly be a historic night for boxing.”

“We’re honored to bring this highly anticipated showdown between Leo Santa Cruz and Abner Mares to the great Southern California boxing fans,” said Tom Brown of TGB Promotions. “Leo and Abner have risen to the top of the sport and this much talked about battle at the STAPLES Center is a fight not to be missed.”