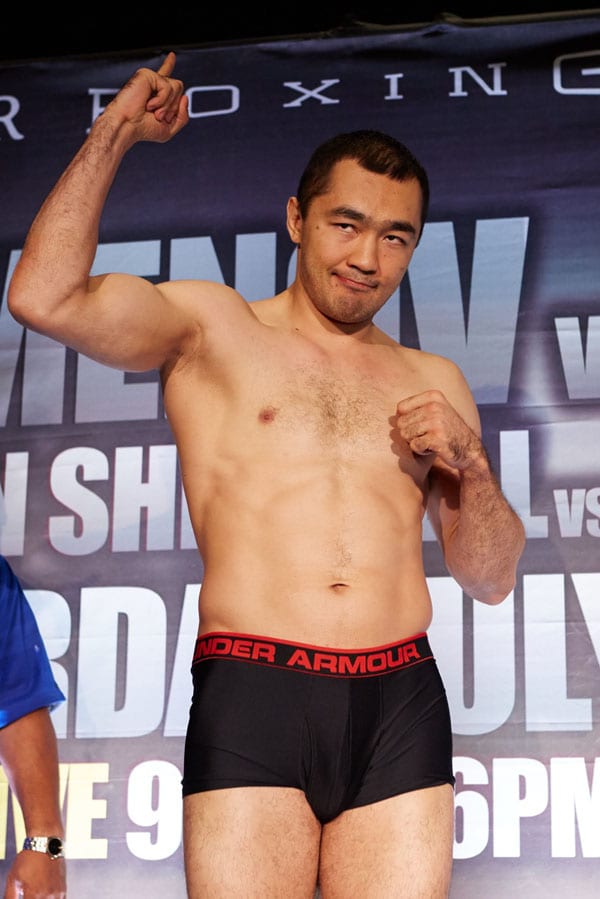 The fight was confusing from the start as Shumenov who is typically a plodding pressure fighter began to outbox Flores who most thought would of been the better pure boxer stalked Shumenov around the ring. The fight was hard to score in fact rounds became tedious to watch as Frank Flores, B.J. Flores’ dad and trainer, sexist comment pertaining to “B.J. thinks if you’re moving backwards you’re fighting like a girl” was the most memorable moment of the bouts first half and for all the wrong reasons.

Flores who landed the harder shots, seemingly couldn’t land often to win the bout. Flores’ best chance to land something of note was in the 12th and final round in which Flores rocked Shumenov with a few seconds remaining. In the end, the limit ability to dictate the fight was what cost Flores the bout.

Cruiserweight Isiah Thomas (15-0 6KOs) improved his unblemished record by defeating Jordan Shimmell (20-0 16KOs) in the co-main event. Shimmell constantly stalked Thomas around the ring as Thomas was effective early on landing a jab to the body and effectively outboxed Shimmell who looked to land hard shots, but was unable to really trap Thomas in any part of the ring as Thomas was able to control the distance and win the fight. The final scores were 99-91,98-92,97-93 all for Isiah Thomas.

In a slight upset, Claudio Marrero (19-1 14KOs) knocked out Rico Ramos (24-5 12KOs) twenty seconds into the third round as Ramos ate a big overhand left Ramos was unable to recover from. Ramos, a former world champion has never seemed to get his career back on track after losing the belt to Guillermo Rigondeaux.

The opening television bout, Andrew Tabiti (11-0 10KOs) defeated outclassed Roberto Santos (12-2 5KOs). This was Santos’ first bout outside of Mexico and it showed as he struggled to even through punches as Tabiti just landed at will upon the cruiserweight. The final scores were 80-72 on all three judges cards.