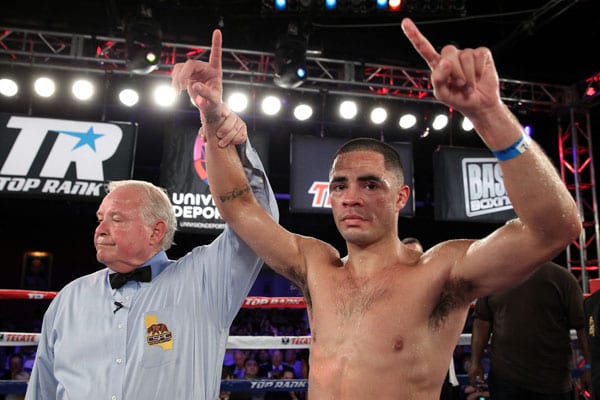 In main event action, four-time world champion, Brian “The Hawaiian Punch” Viloria (36-4, 21KO) destroyed Omar Soto (23-12-2, 7KO), dropping him three times in the first round with third ending the bout for good. The bout which was a rematch of their bout five years ago , Viloria wins a regional version of WBC Flyweight title and puts himself back in title contention for a possible fifth world title. Viloria may now find himself next for Roman “Chocolito” Gonzalez on the Gennady Golovkin-David Lemieux pay-per-view undercard.

In an eight round featherweight slugfest, Newly signed Top Rank featherweight Guy Robb (16-1, 7KO) withstood an early charge from Edwin Solis (6-4-3, 4KO) to earn an unanimous decision victory. All three judges were in consensus with a 79-73 score in favor of Robb. Robb used his jab to be able to pick his shots whether he was working on the inside or displaying his ability to out slick the game Solis. 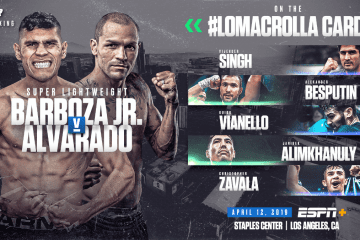