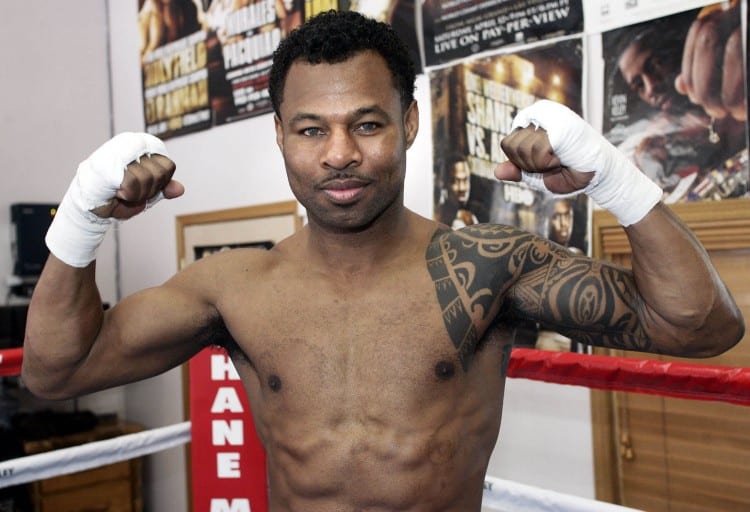 April 12, 2011, Big Bear,Calif. --- Three-division world champion "Sugar" Shane Mosley,Pomona,Ca. works out during a jam-packed media day at his high-altitude training compound in Big Bear,Ca. Tuesday. Mosley is in intense preparation for his upcoming World Welterweight mega fight against Superstar Manny Pacquiao on Saturday, May 7 at the MGM Grand in Las Vegas. Pacquiao vs Mosley is promoted by Top Rank in association with MP Promotions,Sugar Shane Mosley Promotions,Tecate and MGM Grand. The Pacquiao vs Mosley telecast will be available live on SHOWTIME Pay Per View. --- Photo Credit : Chris Farina - Top Rank (no other credit allowed) copyright 2011

Future Hall-of-Fame boxer “Sugar” Shane Mosley said today that his PPV bout against Ricardo Mayorga August 29 at the Forum, will take place despite a lawsuit filed against him by promoter Don King. Mosley’s legal team is disputing the lawsuit filed naming Mosley, Mayorga, Sugar Shane Mosley Promotions and GoBox Promotions as defendants and King’s request for an emergency order to prevent “Mosley Vs. Mayorga 2.”
Shane Mosley vs. Ricardo Mayorga II is in jeopardy, according to Don King that is. The long-time promoter of Ricardo Mayorga is stating that Mayorga resigned with him in 2014 extended a contract that started in 2009. Around that time, 2009, Mayorga was pulled from a boxer versus mixed martial arts bout between himself and Din Thomas, because of King.
Mosley’s legal team hotly disputes the claims saying the memorandum of understanding Mayorga “signed” may have not been signed by the fighter himself as they cite faulty notary. In particular, the witness to the signature had an expired license at the time the contract was signed and the number on the notary belongs to someone else.

As of right now, Mosley-Mayorga II is still happening August 29th in Inglewood, CA at The LA Forum. The fight will air nationally as a pay-per-view