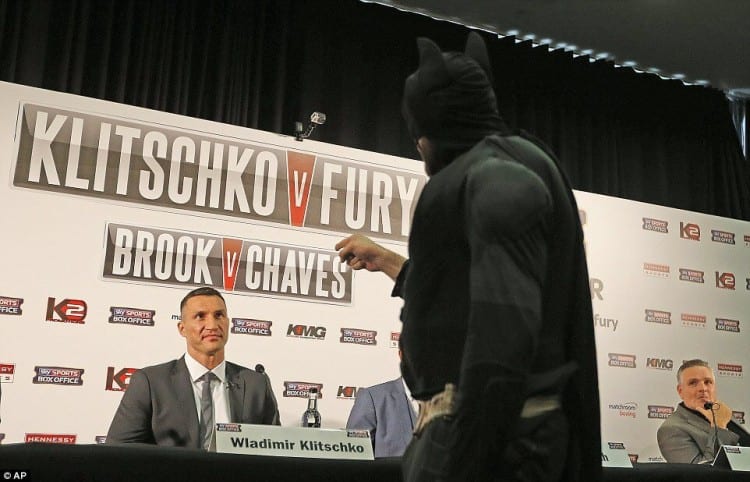 Due to a tendon tear in the left calf WBA/IBF/WBO heavyweight champion Wladimir Klitschko will not be defending his titles against Tyson Fury in late October. The news comes one day after an odd press conference in which Fury dressed up as Batman, beat up The Joker as well completely disrespecting Klitschko as a man in the press conference.

The news first hit social media when a heartfelt message was sent out by Klitschko apologizing for the injury. No further information has been made public about when the fight will be rescheduled as well as if Kell Brook vs. Diego Chaves will still be in on.