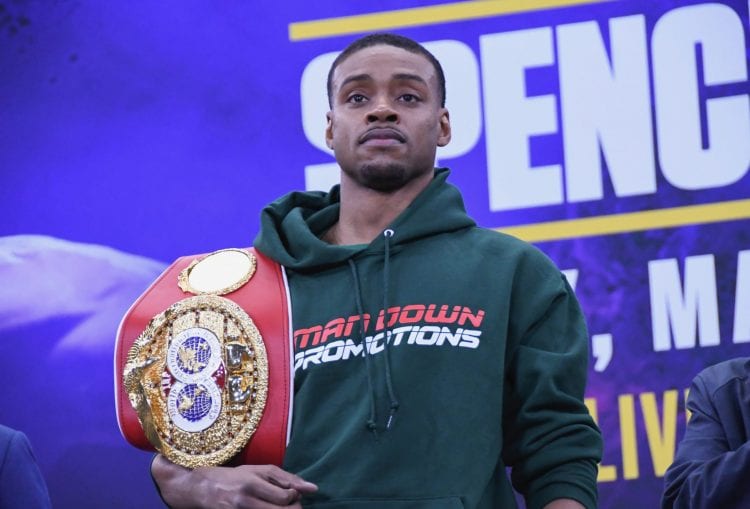 Why: Voters cited the fact that Spence has fought on multiple successful PPV cards against Mikey Garcia, Shawn Porter, as well as Yordenis Ugas. Add to the fact that Spence beat potentially the best welterweight in terms of accolades in Kell Brook in Brook’s native land of the U.K., by way of stoppage nonetheless, and the panel saw Spence as the best mixture of talent and entertainment.

Accolades: A long-reigning welterweight world champion, who holds three of the four world titles in the division with the only one remaining being the belt held by Terence Crawford.

Next Fight: TBA, hopefully the rumors are true and we get Spence vs. Crawford.

Why: The biggest star in the sport of boxing, with an impressive resume, as well as someone who whenever he fights impacts culture. The only fighter to bridge the gap from the Mayweather and Pacquiao era, as he was a young pup, when they were leaving the game, Canelo is the greatest Mexican boxer, ever, and has been a focal point of the sport of boxing for the past decade.

Accolades: A four-division world champion with wins over legends such as Austin Trout, Erislandy Lara, Gennadiy Golovkin, Sergey Kovalev, and Miguel Cotto. An icon of his era.

Next Fight: A third bout against Gennadiy Golovkin on September 17th on DAZN PPV.

Why: The greatest cruiserweight ever. Better than Evander Holyfield, better than anyone before and probably after him. Usyk won every belt in the cruiserweight division and went to his opponent’s country to win the belt. Usyk has since moved up to heavyweight and beat Anthony Joshua in Joshua’s hometown of the U.K. as well. A true legend, and a once-in-a-generation type talent.

Accolades: The best cruiserweight in the history of the sport. Won all four cruiserweight title to become undisputed on the road, and now is one title away from becoming undisputed at heavyweight his new weight class. Also an Olympic gold medalist as well.

Next Fight: A rematch against Anthony Joshua set for September

Why: Quite possibly the best fighter at punch placement of his generation, as he combines power with timing to put together highlight-reel KOs. His destruction of future hall-of-famer Nonito Donaire was nothing short of a statement. Inoue is knocking out long-reigning world champions making them look like journeymen, and even skipped a division, super flyweight in which, he should’ve held a world title in that division.

Accolades: Three-division world champion, with all, but two of his fights ending in knockout. Has stopped multiple world champions in one or two rounds.

Why: The talent of Shakur Stevenson is unmatched by any modern fighter. The panel cited that when Stevenson is fighting to the best of his abilities he simply looks unbeatable. The future pound-for-pound #1, and already a two-division world champion, who will be at lightweight, sooner rather than later.

Accolades: Two-division world champion with world titles at 126 lbs, and 130 lbs, defeating the best lower weight fighter around his weight class in Oscar Valdez in his last fight as well.

Why: Not unlike the man below him, Tyson Fury, I view these two as the best in the world, yet many panelists are frustrated with Crawford’s accolades. Crawford was as high as #1 on some ballots and as low as #9, showing that many writers want Crawford in a defining fight as his past couple of years have been historically less than what he might have hoped for.

Next Fight: TBA, many are optimistic that Spence vs. Crawford will be made next.

Why: More than likely the best heavyweight to ever live, yet heavyweights often don’t get votes for these lists. I personally think Fury is the best fighter in the world, and some don’t even list him. Having beat Deontay Wilder two times, and Wladimir Klitschko, the only guy left for him to beat that would be interesting is Usyk, and potentially Joshua, which would be a mismatch, but a commercial success.

Accolades: Fury beat two of the best heavyweights of the era in Wilder and Klitschko.

Next Fight: Just announced that he has unretired and wants the winner for Joshua vs. Usyk.

Why: The undisputed world champion at the talent-rich 154 lbs division, as Charlo has channeled his inner Julian Jackson knocking out all of his opponents in world title fight wins. Charlo is having a solid year stopping Brian Castano, the WBO 154 lbs champion last month, now if we can just see him a tad bit more active.

Why: The only undisputed world champion at 154 lbs in the history of boxing in the four-belt era, and winning most of his fights by brutal KOs.

Next Fight: TBA, hopefully, 4th quarter of this year we see him return.

Why: A tremendous Russian boxer, who outclassed Canelo Alvarez on pay-per-view this year. Bivol is a composed boxer, who fights within himself, and might just have taken away the aura of invincibility from one of the biggest stars in the sport, Canelo Alvarez.

Accolades: A long-reigning light heavyweight world champion, who had a career win in May by defeating Canelo Alvarez on PPV in Las Vegas, Nevada, which should make him a Capital G Guy in the division.

Next Fight: TBA, With Canelo now fighting Golovkin, who knows what is next for Bivol

Why: Gervonta Davis is closer to a musician than a boxer, as it seems in media markets going to see “Tank” Davis fight is a thing to do, unlike other boxers. In L.A., I saw Meek Mill ringside, in Brooklyn, and Madonna showed up to his fight. Davis is not just the modern remix of Aaron Pryor, but he is someone that has the eyes of the world watching him, more so than any fighter in their 20’s in the sport of boxing.

Accolades: Three-division world champion holding belts at 130, 135, and 140 lbs., with multiple fights being on PPV, and his last bout at the Barclays Center being a record-setting event in terms of attendance for a boxing event, at that venue.

How many fighters are on the list by promotion/network