“Macho” Time: Hector Camacho is a Hall of Famer 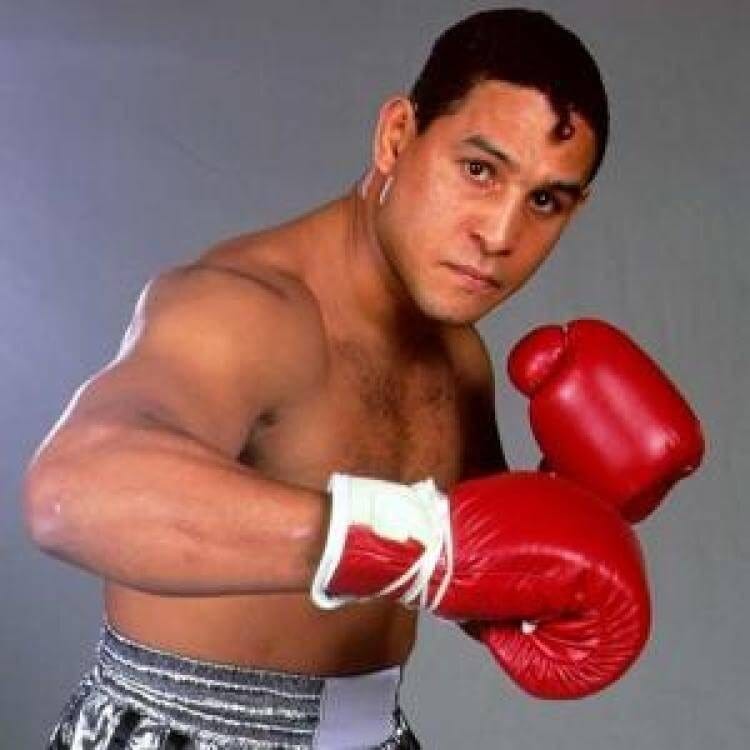 Hector "Macho" Camacho gets inducted into the 2016 hall of fame.

Hector Camacho Jr. got the call early Wednesday at his home in San Juan Puerto Rico. The oldest son of Hector “Macho” Camacho, and still an active fighter was informed that his late father got his time and is one of the newest inductees into the International Boxing Hall of Fame along with others in the class of 2016.

Indeed, “Macho” time has arrived and the former three-division world champion got what was well deserved.

“Full of joy,” Junior said. “I was tearing when I got the call. I know all the hard work he put in his career. It goes to show that if one has a dream and puts his goals in front, and goes out for what he wants it can be achieved.”

Camacho passed away three years ago at the age of 50 as a result of a gunshot to the head. He was sitting in the passenger seat of a car in San Juan and three weeks ago the anniversary of his death was remembered when numerous mourners visited his gravesite at St. Raymond’s Cemetery in the Bronx New York.

He will be enshrined at the Hall of Fame annual ceremonies up in Canastota New York on the weekend of June 12th as part of the modern category. Other noted inductees are Harold Lederman the renown boxing judge and HBO commentator, Marc Ratner, former head of the Nevada Athletic Commission and executive of the UFC, longtime newspaper columnist Jerry Izenberg, former bantamweight and junior featherweight champion Lupe Pintor, and former junior flyweight champion Hilario Zapata.

But it is the Camacho name that drew the most response from social media circles when his name became official.

Described by the late boxing historian Bert Sugar, “As the flamboyant fighter who wore an Indian headdress to the ring,” Camacho defied all odds and won world titles as a junior lightweight, lightweight and junior welterweight.

Sugar, and the boxing world got to know his fast hands and how Camacho was never knocked out, finishing with an overall record of 79-6-3 with 38 KO’s. And that flamboyance and knockout punch propelled Camacho to be one of the most sought fighters by promoters when boxing was getting more popular on television during his heyday in the 1980’s.

“Camacho was one of the best pure boxers I ever saw and one of the more interesting and entertaining characters I ever got to know in my time covering boxing,” said Wallace Matthews of ESPNNewYork.com. “A joy to watch in the ring and a blast to talk to. His induction was well deserved.”

The name of Hector Camacho in boxing gyms around the nation and in Puerto Rico, and with many Latino fighters that dominate the sport is one that continues to be popular. Former champion and Hall of Famer Felix “Tito” Trinidad has attributed Camacho as an inspiration to his career, as well as Miguel Cotto the first four division champion from Puerto Rico.

So a legacy was built and the many stories continue to be told. Though controversial out of the ring, because Camacho had an active lifestyle of party and fame, there was no denial of those attributes he achieved in the ring.

“He was one of the best of my time and it was an honor and privilege to know him and oppose him in the ring,” said Hall of Famer Ray “Boom Boom” Mancini the former lightweight champion and current boxing analyst for the Top Rank True TV boxing telecasts. His next to last fight was a 12-round split decision loss to Camacho in March of 1989 for the vacant WBO World Super Lightweight title.

That fight, along with many others epitomized the type of fight Camacho brought to the ring and before capacity crowds. It was punch-for-punch and a slugfest that was described as a war. There were also the theatrics of trying to catch up to Camacho who would taunt his various opponents.

But in the end, as most fighters do, there was that mutual respect when the war was over.

Camacho, a southpaw, also defeated fellow Puerto Rican superstar Edwin Rosario in 1986 in defending the lightweight title, and twice scored decisions over Hall of Famer Roberto Duran. The last fight Hall of Famer Sugar Ray Leonard had was a fifth round stoppage at the hands of Camacho.

Though Camacho did not do as well as he got older, losing a bid for the welterweight title to Oscar De La Hoya who was in his prime. It was a 12-round unanimous decision for “The Golden Boy” who won 11 of those rounds.

“That was what “Pops” was all about,” Junior said Wednesday. “He never ducked an opponent and always felt he was the better man when the bell rang.” And now the call finally came as Camacho, who retired in 2010 was a unanimous choice for enshrinement in his first year of eligibility that was determined by the Boxing Writers of America and historians of the sport.

More information about the 27th annual induction ceremonies will be released in the coming weeks. 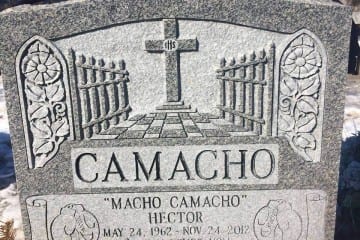 Hector “Macho” Camacho and the decision three years ago on pulling the plug. As told by Hector Camacho Jr.

“Macho” Time: Hector Camacho is a Hall of Famer