Greg Cohen of Greg Cohen Promotions (GCP) is happy to announce he will be teaming up with Roy Jones Jr. Boxing Promotions (RJJ) to continue his successful “Championship Boxing on CBS Sports Network” series of boxing shows.
GCP and RJJ will be co-promoting a nationally televised, world-class event at least once a month for the next 12 months, beginning with their debut on February 19, 2016, at the WinnaVegas Casino & Resort in Sloane, Iowa.
Specific match-ups will be announced soon.
CBS Sports Network, the 24-hour home of CBS Sports, is available across the country through local cable, video and telco providers and via satellite on DirecTV Channel 221 and DISH Network Channel 158. For more information, including a full programming schedule and how to get CBS Sports Network, go to www.cbssportsnetwork.com.
“I could not be happier about teaming up with such a first-rate promotional outfit as Roy Jones Jr Boxing and their team to present 12-15 outstanding boxing shows in the next 12 months,” said Greg Cohen. “We’ve had great success with last year’s CBS Sports Network shows, but the addition of such a world-renowned name as Roy Jones adds a strong element of greatness to each presentation. And the addition of the RJJ stable of fighters makes the possibility for several exciting match-ups. I am proud to be affiliated with CBS Sports Network and especially my close business associates at RJJ.”
“I am extremely honored to work with such a reputable network such as CBS and distinguished partner, Greg Cohen,” stated Keith Veltre, CEO of Roy Jones Jr. Boxing Promotions. “CBS will no doubt bring more recognition to both our companies, worldwide. I am excited about this new avenue to showcase the RJJ roster to the boxing world. My thanks to Greg Cohen and the team at CBS Sports and I look forward to being part of this exciting series of shows, as a promoter and as a lifelong fan of boxing.”
GCP began the “Championship Boxing on CBS Sports Network” series last year in April and has already featured world-class fighters such as current interim WBA World Lightweight Champion Ismael Barroso, former world title challengers Lateef “Power” Kayode, “Hurricane” Dennis Hogan, and lightweight contender Tony “Lightning” Luis.
Tags:CBS Sports NetworkGreg Cohen PromotionsRoy Jones Jr Boxing 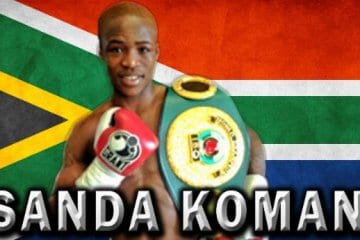