Millville, NJ (May 11, 2016) – Welterweight contender Thomas “Cornflake” LaManna is ready for a breakthrough fight at 147 pounds.

The 24 year-old from Millville, New Jersey has won four straight since his only career blemish, which was a nationally televised defeat to Middleweight Contender Antoine “Action” Douglas.

Since that bout, LaManna has moved down two weight divisions and has been around the welterweight limit in his last three bouts. With those four wins, LaManna’s record now reads 20-1 with eight knockouts.

In the last three fights against veterans Ayi Bruce, Ariel Vasquez and Kendal Mena, LaManna has been settling in at the new weight and has looked strong as he has sat down more on his punches.

“I’m looking for a big fight at 147 or if the right opportunity presents itself, I would consider 154. I don’t consider myself an “opponent” in the boxing world, I just need my opportunity to prove so,” said LaManna.

For the meantime, LaManna, who along with his mother Debra, have started their own promotional company, Rising Promotions.

Rising Promotions has staged two successful fight cards at the Claridge Hotel in Atlantic City and they are preparing for their third event, which will take place on May 27.

“This will be the first event of ours that I won’t be fighting on. I have been doing a lot of the behind the scenes work on the event, helping with all aspects of the show and right now we are on track for another great event in front of our third straight maximum capacity crowd.”

After May 27, LaManna already has his mind set on his next ring appearance.

“My next fight date is July 22nd. I will fight in a 10 round bout at The Claridge Hotel in Atlantic City. I’m just keeping active with my promotional team Rising Promotions and Gulf Stream Promotions.”

After the fight in July, LaManna has a fighter in mind that he feels that would be a great fight for boxing fans on the east coast.

“I will be keeping a close eye on the Dusty Harrison vs. Mike Dallas Jr fight this weekend. I know Dusty is the favorite in that fight and I wish him nothing but the best but by the end of this year, we got to make a fight happen between him and I. I feel he’ll be 30-0 after Friday and I would love to have that 30-0 record on my resume. A lot of people in the boxing world from New York to Virginia would be excited to see this fight and it will be great for who ever promotes it.”

LaManna also has his eyes on other contenders.

“I see Kermit Cintron has returned, maybe we do a crossroads fight. Two local east coast guys. He has a following, I have a following. I’m sure we can get that done if he wants it.”

“I feel my promoter Vincent Ponte and my father did their part in getting me where I need to be in the boxing world. I’m blessed with the fan base that I have where I can sell out a 700 plus seat venue in Atlantic City where we do our shows at. There’s nothing wrong with staying busy and fighting durable guys but I just feel it’s that time someone gives me a shot.”

LaManna credits a lot of his recent success to not only his team, but fighters that he trains with to help motivate and raise his game to a high level

“Me and my trainers Raul Rivas, Reggie Loyd and Rashiem Jefferson have been working extremely hard in the gym perfecting my craft and looking to make a lot of noise in the boxing world. I am fortunate to train along side world class fighters such as Tevin Farmer and Jason Sosa to name a few and they inspire me to be great. I feel now is my time. I’m still young but I feel I have veteran mentality when I’m in the gym or in the ring.”

Tickets for the May 27 fight card at the Claridge Hotel in Atlantic City featuring Isiah Seldon vs Eddie Edmond and Chuck Mussachio rematching Willis Lockett plus eight other big fights can be purchased for $125 for Premium; $77 for Ringside stage and $52 reserved are available at www.risingboxingpromotions.com or 609-487-4444 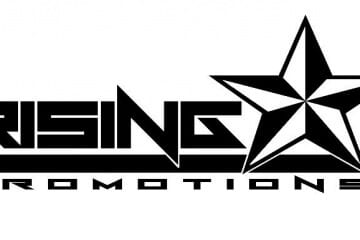