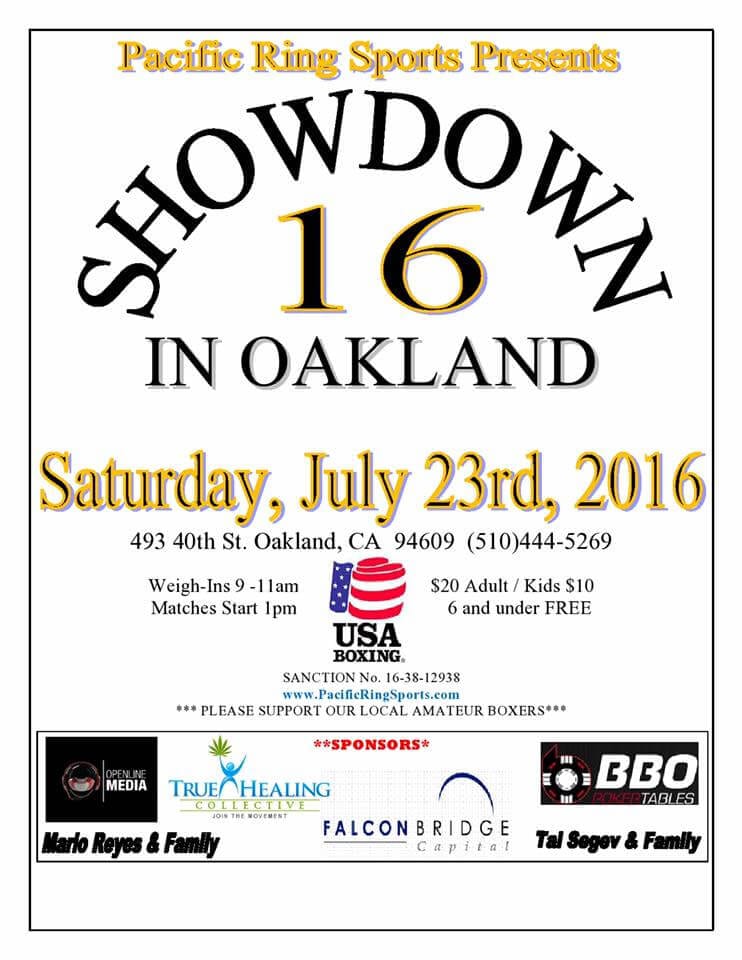 Today, July 23rd at Pacific Ring Sports in North Oakland, CA “Showdown in Oakland 16” took place with a solid turnout and a wealth of entertaining fights, below are the results