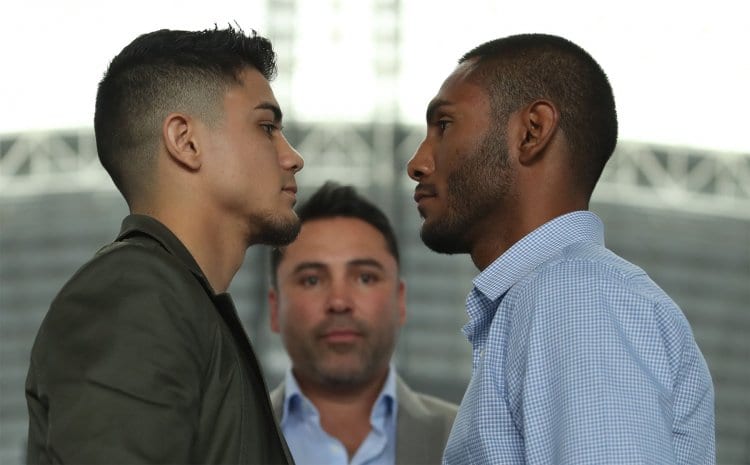 Featherweight Joseph Diaz Jr (22-0 12KOs) continued his winning ways as he defeated a game journeyman Andrew Cancio (17-4-2 13KOs) by way of the ninth round technical knockout on the pay-per-view undercard of Canelo Alvarez versus Liam Smith at AT&T Stadium in Arlington, Texas.

In a fight that was much better than the crowd reacted to the action, the younger man, Diaz Jr. proved he is ready for a title eliminator as he took out a game veteran in a hard fought bout. Cancio applied constant pressure forcing Diaz Jr. to have to turn Cancio constantly.

Towards the end of the fight appeared Diaz Jr. may have an injured hand or something as he began to throw at a significantly lower volume then Cancio as he appeared to either feel the pressure .

Diaz landed the cleaner punches in every round with a nice right hook to the body being the signature punch of the fight for Diaz Jr.

In the ninth round, Diaz Jr stopped Cancio.