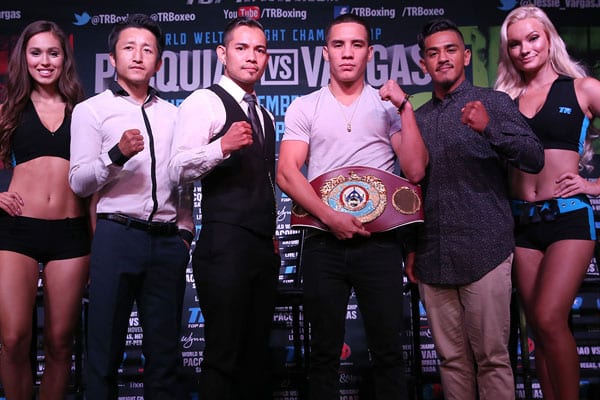 Today, September 27th, The Manny Pacquiao-Jessie Vargas undercard was official announced at the Conga Room in Los Angeles, CA via a press conference that announced the full pay-per-view card that takes place at the Thomas and Mack Center in Las Vegas, Nevada on November 5th.

Below is the full press conference as recorded by FightHub’s YouTube channel.

510 Fights presents "Battle of the Badges" on Saturday