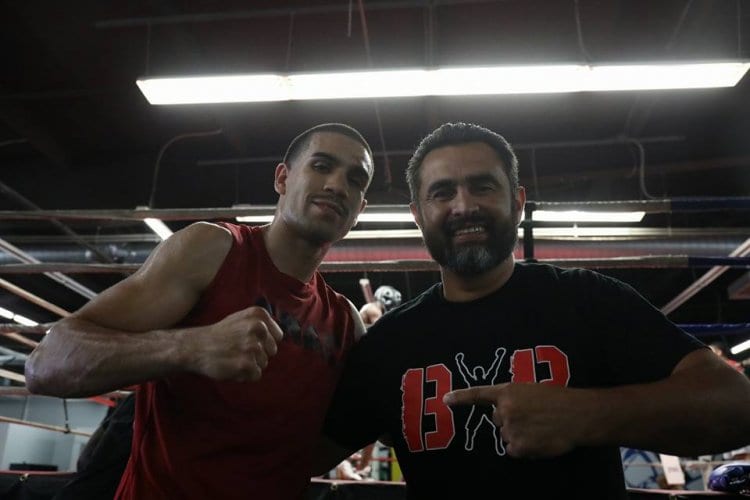 Many pundits may look past Manny Robles and point to other coaches who have gravitated towards the spotlight, but Manny Robles who runs The Rock Boxing Gym in Carson, California humble took two fighters to a world title as well as developed a solid camp that looks to be the next “super camp” in boxing. A camp that this year will get Irish Olympian Michael Conlan.

In a benchmark year, Robles took his longtime fighter, Oscar Valdez to a world title as Valdez captured the WBO featherweight title over Matias Carlos Adrian Rueda by brutal first round knockout. Valdez would then go on defend the title once more against a game opponent in Hiroshige Osawa. Valdez started the year by stopping a game and tough veteran Evgeny Gradovich, each of Valdez’s wins came on pay-per-view undercards as well.

Robles also had Jessie Magdaleno upset WBO super bantamweight champion Nonito Donaire in a tightly contested bout. Magdaleno had switched camps leading up to this bout to work with Robles in Carson, Ca.

For both Magdaleno and Valdez this was the first world title of their career and it both came while training under Robles.

Though maybe not as impressive, but still noteworthy Robles took a rather green heavyweight Olympian in Dominic Breazeale into a world title fight against Anthony Joshua and though Breazeale didn’t fare well, he lasted long then most of Joshua’s opponents.

Robles has shown with all of his fighters improvements from fight to fight as well as his fighters come in shape fight night.