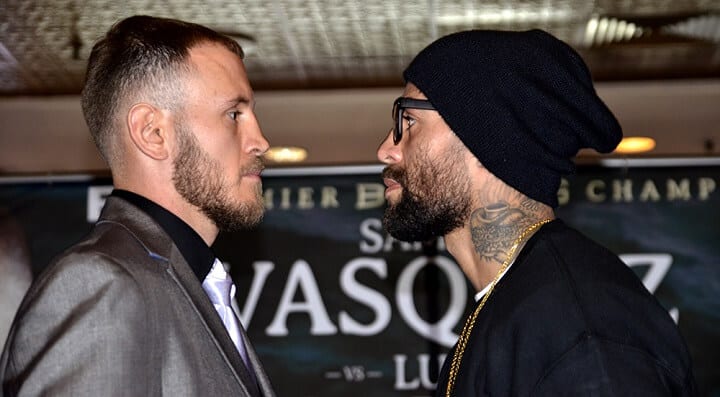 Premier Boxing Champions returned with a Thursday night installment of “Toe-to-Toe Tuesdays”   from the Horseshoe Casino in Tunica, Mississippi that saw Luis Collazo (36-7 20KOs) knockout Sammy Vasquez Jr. (21-2 15KOs) in the sixth round. Collazo dropped Vasquez earlier in the fight with a hook then finished the deal with one in the sixth that left Vasquez motionless in the ring

Yordenis Ugas (18-3, 8 KOs) picked up a tough split decision win over  Levan Ghvamichava (17-3-1, 13 KOs) looked as he looks to get into the title picture. Ugas was deducted a point for low blows, but that didn’t stop him from winning on two of three judges scorecards.

Junior welterweight Eddie Ramirez (16-0, 11 KO) is one close fighter to fighting world level competition as he stopped Ryan Karl (13-1, 9 KO) in the tenth round Ryan Karl (13-1, 9 KO). The fight was somewhat competitive with Ramirez taking the lead early, Karl gaining momentum until Ramirez targeted Karl’s body and finally forced Karl’s coach, Ronnie Shields to stop the fight between the 9th and 10th rounds.

Jose Miguel Borrego (11-0 10KOs) picked up a first round knockout over Tomas Mendez (23-9 16KOs). Borrego scored the knockout with a brutal body shot that Mendez could not get up from.