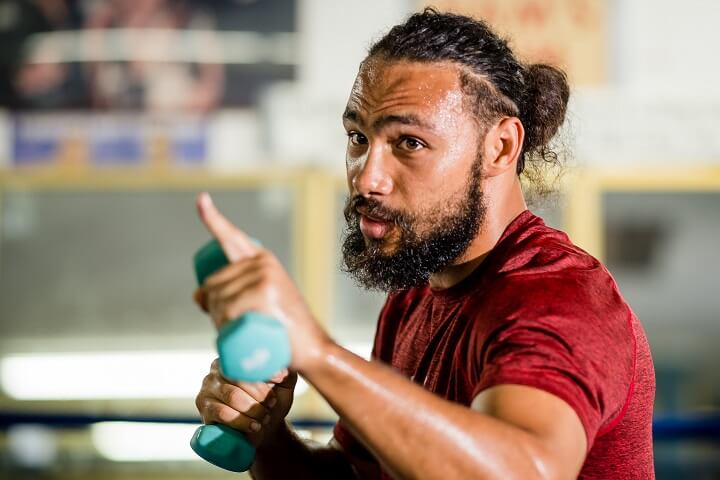 Tickets for the live event, which is promoted by DiBella Entertainment, start at $50 (not including applicable fees) and are on sale now. Tickets can be purchased online by visiting www.ticketmaster.com, www.barclayscenter.com or by calling 1-800-745-3000. Tickets are also available at the American Express Box Office at Barclays Center. Group discounts are available by calling 844-BKLYN-GP.

Here is what Thurman had to say Wednesday from the St. Petersburg Boxing Club:

“At the end of the day, it’s just another fight. My job has not changed since I was seven years old. This is the sport that I love. The name of the game to hit and not get hit, but you know I’m looking to inflict some damage as well.

“I know Danny is confident coming into this fight. He’s trying to challenge me and hurt me. I have an ‘0’ and I’m not ready to let it go. If you think you can beat me, beat me. It’s going down on March 4.

“You can expect a world class fight. We’re both great champions with impressive skills. We’re going to be pushing each other and testing each other. I see myself as the smarter fighter. I’ve shown that I can adjust in the middle of a fight. With the experience that I have, I go in there with an objective I’m trying to achieve. If it’s not happening, then I have to use something else.

“Ultimately, my heart desires victory at this stage and at this level. I’m looking to do what I do best. Which is be a smart fighter, look for the openings and if I can cause some damage, hopefully I can capitalize on that.

“I showed against Shawn Porter that when you fully challenge me and make me gut it out, I’m there. I’m a champion and this champion doesn’t lie down for anybody. That fight was a tremendous fight and we showed that we understand each other as fighters.

“I thought to myself after eight rounds against Porter, ‘this fight is tied.’ Nothing that happened in the first eight rounds mattered. The fight was going to be decided in four rounds, just like the amateurs. I had to do what Ben Getty always said, ‘smart fighters win and dumb fighters lose.’

“I just want to keep moving myself up and establishing my legacy. I want to distinguish myself from the other welterweights. The winner of this fight will get the spotlight over everyone else in the division.

“I’m doing this for my career, for my legacy and for the fans. Without the fans, there’s no legacy. I’ve been boxing for 21 years of my life and I look forward to having some more great years. I’m proud to be living my dream.

“To get two tremendous fights back-to-back is evidence that I’m on the right track and you could say we’re gaining more power in the sport. I’m getting what I want out of the sport, which are big fights like this.

“This is something that the fans are excited about and I’m truly looking forward to this fight. I just want to keep living my dreams and working to become the best fighter in the world.

“Establishing a unification of a weight class is my ultimate goal in the sport of boxing. That’s what we’re working for.”

“The preparation has been fantastic. Keith has been on both. His long runs, short runs, sprinting, listening to everything in the gym not to mention great sparring. You are going to see a great performance.

“This is a dream come true for me. I never dreamed of this when I was Youngstown, OH before I came to Florida. When I came here there were guys like Jeff Lacy and Winky Wright that came into my gym who I’ve been fortunate enough to work with. Then came Ben Getty and Keith Thurman.

“I owe most of this to Ben Getty. I want him to get a lot of the recognition. He really deserves it. I am just trying to continue what he started.