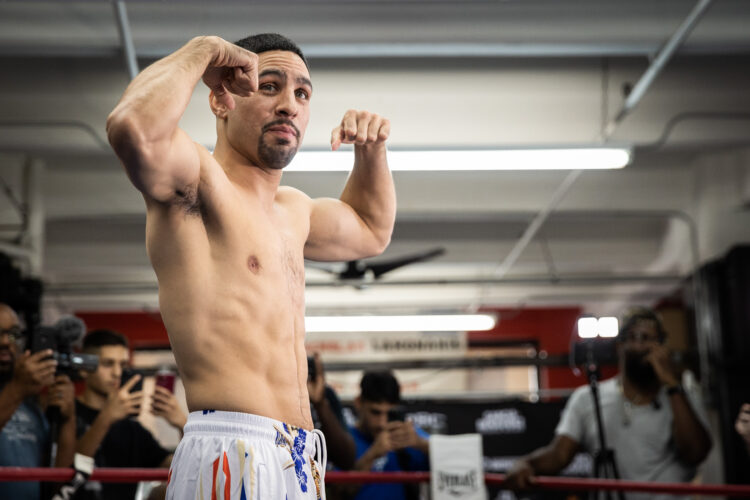 Danny Garcia made his 154 lbs debut against Jose Benavidez Jr., in which he won a majority decision, the result was more so, a result of the awful night the NYSAC had as Garcia won the fight, but Benavidez also didn’t get credit for some of the success he had. The overall tone was as fans – it was decent to watch, but no one called for the fight, so no one seemed to invest that much into either.

Garcia’s career is confusing as his wins over Amir Khan and Lucas Matthysse were massive moments in the sport, but Garcia also has had many lulls. This fight against Benavidez proved to be a moment when he showed his boxing acumen, looking as good as he did in the Matthysse fight, but then the confusing story of Garcia continues as he called out Keith Thurman and Erislandy Lara hinting at a 155 lbs catchweight. A headscratcher as that isn’t a real weight class – 154 lbs is.

Garcia will never get the credit for his talents, but he also did himself no favors in his prime, taking a few fights that shouldn’t have happened. Garcia is a suitable main eventer, but the problem is for a world-class fighter outside of a handful of fights most of his fights have seen him as a healthy favorite, including tonight.

Add to the fact judge Waleska Roldan saw the bout as a draw, which is another bag of worms as you know there will be no accountability for that scorecard.

Heavyweight Ali Eren Demirezen defeated Adam Kownacki in a fight that happened. Kownacki had lost two fights to Robert Helenius and now lost to Demirezen, meaning he will transition into gatekeeper as his title contender days are now over. Demirezen is a world-class fighter, who is solid, we will see what the future holds for him as he has one loss, and that is to Efe Ajagba by a brutal KO.

The opener was weird and is setting an alarming trend. Gary Antuanne Russell is one of the most exciting prospects in boxing, but he doesn’t fight enough, and now he has too controversial stoppage wins added to his resume. His last stoppage win with seconds left against Viktor Postol was a bad stoppage, and his sixth-round KO of former world champion Rances Barthelemy was more of the same – not fault of Russell’s at all.

After five evenly matched rounds, Russell dropped Barthelemy, who got up and was ready to fight, but referee Shada Murdaugh called the fight off. It was strange, and it is a shame that Russell’s talented emerging career has to have a shadow of these types of events, he looks to be a generational talent, and some looking to possibly fight at lightweight given he made 137 lbs.

Sergiy Derevyanchenko got a ten-round decision. He should get a big fight again, this was simply a bout against a tough opponent to get him back in the win column.

Vito Mienicki Jr. stopped Jimmy Williams. The stoppage was a tad weird, but Mienicki was winning the fight.

Junior Younan stopped his opponent in one round, and this week has been calling out Caleb Plant. That is something to take note of.

Ismael Villarreal got a sixth-round knockout of undefeated prospect LeShawn Rodriquez. I wish this was televised as this was a battle of two undefeated fighters.

During the broadcast, it was announced that next Saturday’s PPV card pitting Jake Paul vs. Hasim Rahman Jr., is now off. The issue is around Rahmin’s weight, but right now the information is not clear as to what happened. I am going to wait to expand further as I want to hear both sides.

My heart goes out to Jeremiah Milton, Brandun Lee, Ashton Slyve, Amanda Serrano along with the other undercard fighters who will not get to fight this upcoming weekend.

The younger brother of Joet Gonzalez, Jousce Gonzalez, got a third-round KO of Jose Angulo via a body shot. Gonzalez at one time was highly viewed prospect who could fight the likes of Ryan Garcia, hopefully he gets active and his career regains momentum.

130 lbs Elnur Abduraimov looks formidable as he stopped his opponent in one round.

“Gucci” Manny Flores got a third-round KO on the card. Flores could be an interesting addition to the 118 lbs division, a good Southern California fight would be him versus Saul Sanchez in a few fights.

Gabriela Fundora, the sister of Sebastian Fundora, looked the part of a future world champion, getting an eight-round decision.

Jasmine Artiga got a hard-fought six-round split decision over Amy Salinas in the best fight of the night, I wish this was placed higher on the bill.

Amilcar Vidal got a ten-round decision defending a form of a middleweight regional title.

Kim Clavel got a decision over Yesenia Gomez to win the WBC junior flyweight world title Clavel is a star. I hope we see her and Seniesa Estrada in the future, Estrada by the way just signed with Top Rank Inc this week.

Josh Kelly won over the weekend, but it wasn’t pretty. He is still on the comeback trail after his loss to David Avanesyan. Harlem Eubank won a fight by DQ, which is rare, just like the steaks I like to eat. 2020 Olympic Silver Medalist at welterweight Pat McCormack got a first-round KO, his first two fights have been mirror images of themselves.

Amanda Nunes won back her title getting five-round decision over the woman who beat her Julianna Pena in the main event.

In the co-main event, flyweight Brandon Moreno stopped Kai Kara-France in the third round, the win makes him the interim flyweight champion.