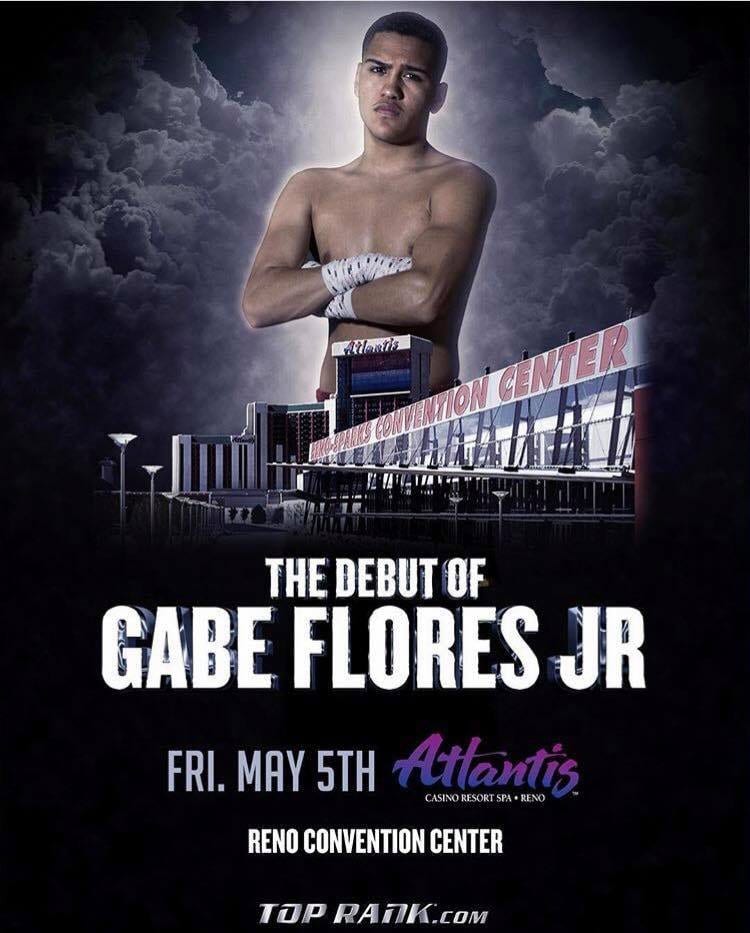 2012 U.S. Olympian, Jose Ramirez (19-0 14KOs) who has spent his years as a professional at the famed Wild Card Boxing Gym in Los Angles, Ca, will return against Jake Giuriceo (20-5-1 5KOs) of Youngstown, Ohio on May 5th at the Reno-Sparks Convention Center, Reno, Nevada .

Ramirez, who is currently on a two fight knockout streak is looking to extended against a veteran who is coming in on a winning streak as well. Ramirez is looking to make a statement to potentially get a fight on a major network later this year as well as moving himself into prime position for a world title at junior welterweight.

The card will also feature the debut of 16 year-old, Gabriel Flores Jr. (pro debut), a decorated amateur with accomplishment so vast that it would be tough to do them justice in a few sentences. Flores Jr. is the first 16 year-old to be signed by the American promotion and will be looking to statement as well. Flores Jr, fights out of Stockton, Ca and is trained by his father, Gabe Flores Sr.

The card will also feature Reno, Nevada native as featherweight Oscar Vasquez (11-1 3KOs) will return to action as well as the professional debut of 17 year-old Angel Cordon Jr. (pro debut) of Martinez, CA, who is not signed by Top Rank INC, but will be featured on the un-televised portion of the card.

The bout will be televised nationally by UniMas as part of the ‘Solo Boxeo’ series and is promoted by Top Rank INC.