DURHAM, NORTH CAROLINA – August 15, 2017 -This time last year, “Raging Babe” Michelle Rosado touched down in Raleigh for the first time, determined to help a local boxing promoter make his mark in North Carolina. Rosado and her company, Raging Babe, did just that, and have now emerged as North Carolina’s newest boxing promoter. On October 19th, Raging Babe promotes its own event at the Durham Armory, aptly named The Return. The card will feature some of the best young talent from across North Carolina in competitive fights, matched by Hall of Fame Matchmaker and mentor to Rosado, Russell Peltz.

With a combined 50+ years of experience in the rough and tumble world of boxing, Rosado and Peltz brought a well-tested formula to Wilson in their first North Carolina endeavor in February. The sell-out event was followed up by the debut of Thursday Night Fights in Durham. Throwing a boxing event on a Thursday night was a hard sell for Rosado. “I had to really work on the promoter to get them to give Thursday Night Fights a shot. Durham is a fight town. I knew that if we threw a solid, quality card, with good fights, that fans would come out on a Thursday night, and they did.” When planning The Return, Rosado opted to bring back Thursday Night Fights, and return to the Durham Armory.

After two wildly successful events, followed by a dramatic falling out with the now defunct promotional company, Rosado was reluctant to return to the Tar Heel State. She realized, though, after so many months of putting her sweat and passion into boxing in North Carolina, she owed to herself and the gyms, fighters and fans she met there to return, and fulfill the commitments she made to them to deliver quality fights, while treating the fighters ethically and with respect.

“It took a while to get to know the personalities, the gyms, the fighters and their stories,” said Rosado. “For a long time, North Carolina was a place that managers and promoters brought their fighters to rack up wins. The fighters here deserve so much more than that, as do the fans. I made it a point to let everyone I met in North Carolina know that we were here to work on changing that.”

In planning The Return, Rosado has felt that she could fully put her passions and ideas to work for North Carolina boxing. “I’m excited for the opportunity to do it my way,” said Rosado, who has put on events in Phoenix, Tucson, Philadelphia and Danbury, Connecticut. “I’m happy to work with any fighter that wants to step up and fight. There are no easy touches on my cards. We want to pack the venue and give fans a night to remember. Russell is putting together a phenomenal fight card. The main and co-main events are going to have people so excited – I get goosebumps thinking about it. These guys are really stepping up to give the fans some of the best fights Durham has seen in a while. I wasn’t even sure we could put these fights together, and all of these fighters signed on the dotted line with no hesitation. They are daring to be great, and putting their undefeated records on the line, and I can’t wait to formally announce what we’ve been working on these last few weeks.”

Rosado is also planning to work with the fighters to help the community in and around Durham. “I want to bring positivity to Durham, and to North Carolina boxing. These guys are given a stage to showcase their talent, and we want to use that platform to give back to the community in any way we can.”

The complete fight card will be announced August 24th, and tickets for The Return go on sale that morning. Tickets can be purchased through the fighters or at ragingbabe.com. 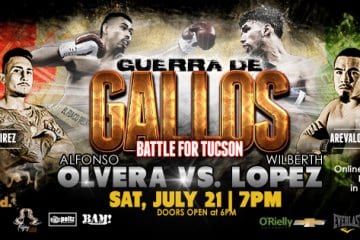 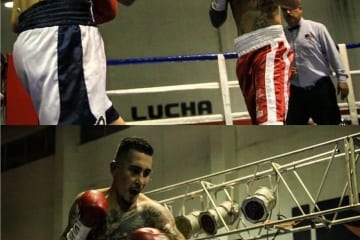 Jensen Ramirez is ready to steal the show in front of hometown crowd!