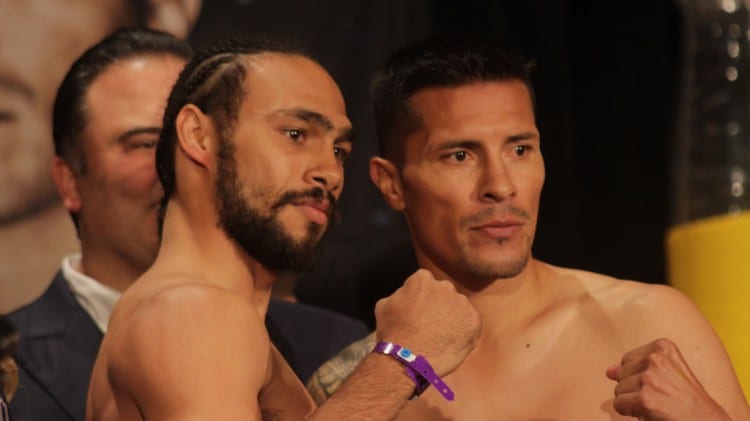 When it comes to the pound-for-pound list it seems like a group of names constantly circulate and for good reason, because they’re really good. You have your all-time greats Floyd Mayweather, Manny Pacquiao, Andre Ward, etc, then you have your current master of the ring Terence Crawford, Gennady Golovkin, Canelo Alvarez and other fellow amazing fighters, but one thing I have found alarming true is the lack of variety in the people who put together these lists. To be fair, I don’t think many people value the pound-for-pound list anymore since it was a gimmick to sell magazine back when people bought magazines. It was a way to simply tell fans who were somewhat interested in boxing what ten fighters you should be watching for the coming year.

In the modern era, the main pound-for-pound lists come from Ring Magazine or RingTV (the online name of the aforementioned company), which is owned by Golden Boy Promotions and HBO Boxing’s The Fight Game with Jim Lampley, both of whom have loyalties to certain promotions and/or fighters, not making their list invalid, but you could question the inclusion or exclusion of some fighters, for example Ring TV only has two fighters associated with Al Haymon in the top ten, those being Mikey Garcia at seven and Errol Spence Jr at number nine.

That brings me to my point, why isn’t Keith Thurman mentioned in the top 10 or even top 5 pound-for-pound lists currently?

I mean some have Vasyl Lomachenko, a once in a generation fighter who is already redefining movement at the elite level of the sport, as number one pound-for-pound despite his biggest win being against Gary Russell Jr. in Russell’s first step-up fight to prominence. It was a good win and one that is aging even better with Russell holding a belt currently, but the mysterious and unquantifiable pound-for-pound list seems as though vague as IKEA direction when setting up a bookshelf in terms of who to put where.

I believe Keith Thurman, who has two major wins, one over former world champion Shawn Porter as well as world champion Danny Garcia, should easily be placed in the top ten, let alone a fringe top 5 guy, yet he isn’t. I understand the politics of boxing and that Thurman who is not with HBO and is also signed to a bitter rival of Golden Boy Promotions, in Al Haymon, may tilt perspective away from him, but nonetheless he earned an undefeated record in the welterweight division in an era in which the division thrived and quite possibly could have been the best division in the sport.

It quite simply seems, because Thurman took tune-up fights and is with Al Haymon it is ridiculous to consider him pound-for-pound fighter in some pundits eyes.

In fact, the only list that I could find placing Thurman in the top ten was Dan Rafael’s on ESPN.com, in which he lists Thurman at number seven, which is a fair ranking.

Thurman for the better half of his run as a top draw in boxing has not been exciting. For someone who prided himself on a “one-time” monicker, he has been far from that. His last true knockout was against Julio Diaz in a fight I attended at the StubHub Center as I wanted to see Thurman before he was launched into stardom as I saw him as a potential face of boxing moving forward. That was in 2014, three and a half years later, it seems like Thurman has all but disappeared from the boxing collective consciousness seemingly more relevant in an odd way then as opposed to now despite major wins. Since that bout he fought Leonard Bundu in a truly tough performance to watch in which Thurman dropped Bundu in the first round yet went to a decision with him, Robert Guerrero in a fight Guerrero saw a late surge that made the fight close as well as was hurt to the body by Luis Collazo, but stopped him in the mid rounds. That being said his last two wins were very good beating two elite fighters in Shawn Porter and Danny Garcia.

Essentially, it seems like, because Thurman’s career didn’t take off when the fans probably wanted it to take, it almost feels as though there is a lingering resentment to Thurman despite his winning ways. Despite a good record and defeating two world champions, long turnarounds and a seemingly lackluster response when asked about fighting other top-tier fighters have pushed him more and more to the background while someone like a Deontay Wilder begins to gain traction in the United States. This was never more clear when he sat across from Errol Spence on a Showtime telecast in October only to seemingly avoid directly saying that he wants to fight while Spence looked directly him on camera.

Even though it may not be true, it seems the fans view Thurman as everything he wasn’t when he was coming up, politically correct and working within the system. This is a far cry from the Thurman who used his post-fight presser after defeating Jan Zaveck to called-out then-welterweight champion, Paulie Malignaggi. The Thurman who taunted Mayweather during Mayweather’s fight-weeks, that Thurman seemingly is gone.

As he has aged in the sport, Thurman, who is an analytic wizard when it comes to boxing especially in the pre-fight build-up to the Danny Garcia has been less and less involved with boxing. If it isn’t a fight that directly affects him, he seemingly is a shoe-in to not be there and frankly, it seems like he has interests beyond the sport of boxing and that sooner rather than later, he might leave the sport.

To me, we should appreciate what Thurman has done. He represented a region, St. Petersburg, Florida, that has had its share of boxers, but not in droves such as California, Las Vegas, etc. Thurman is one of the fighters, who though at times on the microphone might be awkward, was a role-model and never did outlandish antics or things. Thurman represented his first coach Ben Getty at every chance, always gave off enduring quality of loyalty and friendship.In short, a lot of the criticism of Thurman should be placed into perspective to realize just how much he accomplished being from where he is from as well as not moving and staying loyal to his core group of coaches.

Maybe Thurman might not be one of the all-time greats, time will tell, but he is great and he has a resume full of former world champions as well as title contenders that he has beaten. You can blast his inactivity as part of the problem for traction, but if we are supposed to be writers of any merit we should read between the tea leaves and try to decipher what is promotion and what is actuality in the landscape of boxing and it seems that far too many are free to undermine Thurman’s accomplishments.