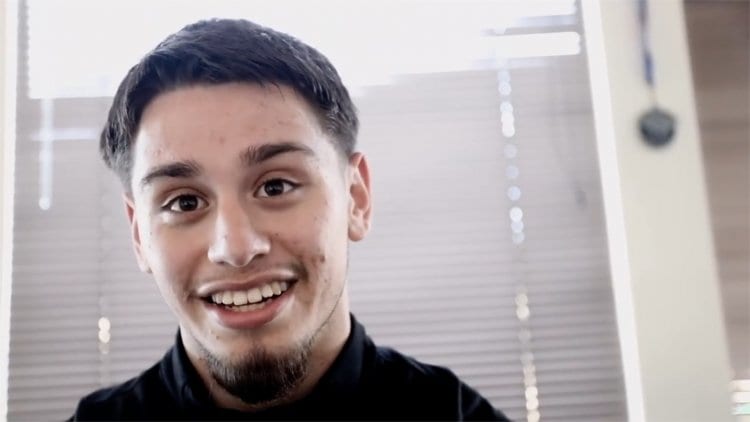 Future world champion Ruben Villa IV picked the first of many tiles as he won the vacant World Boxing Organisation Youth Featherweight Title as he defeated Marlon Olea to pick up the title in his hometown of Salinas, CA. Villa, a skilled amateur boxer, has stayed highly active in the pro ranks as he has adjusted well and quickly to the professional game.

Villa has unmatched foot speed in his division of featherweight and the tricky southpaw furthers his case for being a problem to any fighter he faces in the future.

Bruno Escalante is officially back after he picked up an eight-round decision over Diuhl Olguin in a crossroads bout for the flyweight. Escalante’s opponent missed weight prior to the bout, but Escalante chose to still take the bout as he dropped his foe with a body shot as well as outboxed him from the outside using timing and speed to beat Olguin to the punch.

I won my 8th profesional fight last night. Thank you everyone for the support and also to my team. ? #TEAMMORENO #Undefeated #Caballeroboxing #CWO @thompsonboxing @cbboxing1 @oscarasanchezgroup

Alberto Torres of Sacramento, CA picked up a six-round draw against Naciff Castillo, Torres’ fight was directly after Moreno’s and shares the same coach, Marcus Caballero. It appeared to this writer Torres’ started a bit slow since he didn’t get a full warm-up, but since this writer wasn’t present we are unable to confirm this.

Napa, CA’s Brandon Trejo, who is currently signed to Thompson Boxing got upset by unknown Bogar Padilla in the opening bout of the evening. The result was less than desirable for both the fighter and promotion as Brandon Trejo had an extensive amateur career and was someone the promotion had hopes for.

Jamal James was given all he could handle with the tricky southpaw spoiler Abel Ramos as Ramos’ power nearly was deciding the factor when he buzzed James in the second round. James, who was fighting in his hometown of Minneapolis, picked up a majority decision in the main event of Premier Boxing Champions boxing card on FS1.

Ramos, who had dropped his past two opponents, nearly made it three in a row as he had James in trouble in this bout. James won enough of the early rounds, had a good enough use of distance to get the win via a majority decision.

Chris Colbert, STAR IN THE MAKING

Chris Colbert of Brooklyn, New York, stood head and shoulder above the top three fighters on the card for me. Colbert, a 21-year-old super featherweight battered and beat Austin Dulay, who couldn’t get past Colbert’s jab as he spent the majority of the fight chasing Colbert and that wasn’t helpful. Colbert is highly skilled, but what stands out is his maturity in the ring, use of distance something rare in just your eighth fight as a professional boxer.

The end might be near for Ender Cherry, but it didn’t come at the hands of Dennis Galarza despite a first-round scare that nearly saw Cherry hit the deck, the veteran, came back to win the bout though not in the prettiest fashion. Galarza, who came to win had about as good of a start to the bout he could have hoped for he, just couldn’t sustain it as the crafty Cherry weathered the storm and won the last six rounds of the fight straight on my card.

Former super featherweight WBC world champion Francisco Vargas obliterated region fighter Rod Salka for six rounds until Salka’s corner stopped the bout. The bout was dreadful from both fighters as in the fifth round, a round that Vargas had a lot of success and knocked down Salka, saw Salka land 2% of his punches whereas Vargas landed 9% of his punches. The blame could go more so to Salka, who made no intentions of being in front of Vargas causing half of the chaos, but still it was not what one would of hoped.

After the fight, Vargas called out Miguel Berchelt, the WBC super featherweight champion who dethroned him. It seems that is next.

Check this guy out. Boxer, Rod Salka decided to be a douchebag and get custom boxing shorts with a brick wall pattern with “America First” on the waist band. There is so much that isn’t verbally said on his trunks that was directed at his opponent (Francisco Vargas) and the people watching the boxing match I’m happy to say that Francisco Vargas broke him down round by round, knocking him down and Rod Salka quit in his corner, he didn’t want to continue. If you act like a douchebag expect to get handled and he did. Oh yea, where did that slogan come from? Hmm swipe… #rodsalka #franciscovargas #boxing #boxeo #salkaquit #quittingsalka

Let’s go back to Rod Salka, who all fight week we defended his legacy as decent club level fighter who had been mocked unfairly for getting brutally stopped by Danny Garcia on Showtime. Salka wore trunks that read “America 1st” with a brick imprint that looked like a wall. An ugly reminder of the contentious times we live in as some in this country are currently blaming immigrants for the lack of jobs in the country as opposed to say things like, hmmm…outsourcing. It was the most Rod Salka thing, Salka could do since he was beaten to a bloody pulp by a man from the very population he was mocking on national television.

What made Salka’s trunks most offensive was his blatant denial that fighting a Mexican had anything to do with intent to wear them during the fight. Salka played the offensive trunks off as “…simply just his opinion” without blantant looking at the undertones to his trunks.

Andrew Cancio wins a title, Vences call him out

Super featherweight journeyman Andrew Cancio picked up the biggest win of his career beating a decorated amateur in Aidar Sharibayev by way of tenth round technical knockout. Cancio lost only two rounds in the bout and those were the first two rounds that he seemingly gave away as Sharibayev excessively moved and tired himself out. Cancio dropped Sharibayev in the third and fifth round and seemingly never looked back.

With the knockout victory, Cancio is now the WBO Intercontinental super featherweight champion.

After the bout, super feather WBC Continental Americas Andy Vences called out Cancio stating he was supposed to fight, Cancio, but the fighter pulled out of their bout in November two weeks prior to the fight.

Could Vences vs. Cancio be headed to July 7th in Fresno, CA for the homecoming of Jose Ramirez?

Genaro Gamez picked up a tough eight-round decision on the undercard, the scores were wide, but the fight was anything, but that. Gamez soundly won the bout, but was pushed. This is his second fight in a row in which he has had a very tough and grueling outing.

Aaron McKenna has started a first-round TKO streak as he picked up his second stoppage win in the first round on Thursday night. McKenna’s first fight was four-decision.

Jonathan Navarro fought after television, this is the second time IN A ROW this has happened. YIKES!

Knowing I’m here for a reason, I will not be denied. Been underestimated my whole life and always came out on top no matter what they couldn’t hold me down or stop me‼️ Now I’m finna make them pay let’s get it #EatEat #ManDown #IceWater

Super featherweight O’Shaquie Foster gave his career new life after beating game southpaw journeyman Frank De Alba. Foster came into the fight as the opponent, but his hand speed gave De Alba fits as the southpaw was hoping for a much slower in the pocket type of fight. Foster, who has a rocky start to his career losing twice on ShoBox, has also pulled off two upsets in his career. Foster now has to keep the momentum moving forward after a big win at the Sands Events Center in Bethlehem, Pa.

For De Alba, this loss is a big setback as he was hoping to get a higher profile fight in the near future as the b-side. The loss all, but seals the deal on De Alba, a fun fan-friendly fighter as a fighter struggling to move from the regional level to the national level.

Ryota Murata got the predictable KO in his first title defense of the WBA world middleweight title against by way of eighth-round stoppage over Emanuele Blandamura. More than Murata’s overwhelming size and power being too much for Blandamura was promoter Bob Arum CEO of Top Rank Inc, stating after the bout that he would like to promote Murata versus top middleweight Gennady Golovkin. Especially with an unknown future for Canelo Alvarez such an interesting bout along with a major promoter getting behind them is very interesting.

Highly touted Daigo Higa lost his WBC flyweight title on the scales and then was technically KO’ed by Cristofer Rosales in the ninth round in a major upset. Rosales was being looked at as a stepping stone for Higa who was being touted for a future Super Fly card promoted in Los Angeles, Ca. Rosales put forth a one-sided beating that ended up forcing Higa’s corner to throw the towel in.

Before this bout, Higa had won every professional fight via knockout.

Amanda Serrano gets a draw in MMA debut

I’m ok with my Draw. I fought hard won the first two but lost the third. My opponent fought tuff and well. Back in the gym tomorrow ???‍♀️ lmao @combateamericas @COMBATLEGEND1 @loudibella pic.twitter.com/DckPjvNzXa

In a trend that seems fail proof as of late, five-division boxing world champion Amanda Serrano fought Corina Herrera to a draw. This follows a trend of fellow New Yorker, Heather Hardy trying her hand at MMA based off the better pay wages in the sport to women. That being said, it is sad since it is apparent mixed martial arts is not their primary discipline and that they have to be a fish out of water just to get a chance at adequate pay while being elite in their sport.

The only boxer able to crossover to mixed martial arts is UFC superstar Holly Holm.

Jessica Nery Plata won the interim WBA Female Light Flyweight Title against Silvia Torres in a very competitive bout that saw Plata win the belt via a split decision. Sadly, like most of the women’s boxing in the current state of boxing the bout was hard to find coverage of and even harder to get a video of. Box Azteca televised the bout.

Gennady Golovkin vs Vanes Martirosyan set for May 5th in Carson, CA