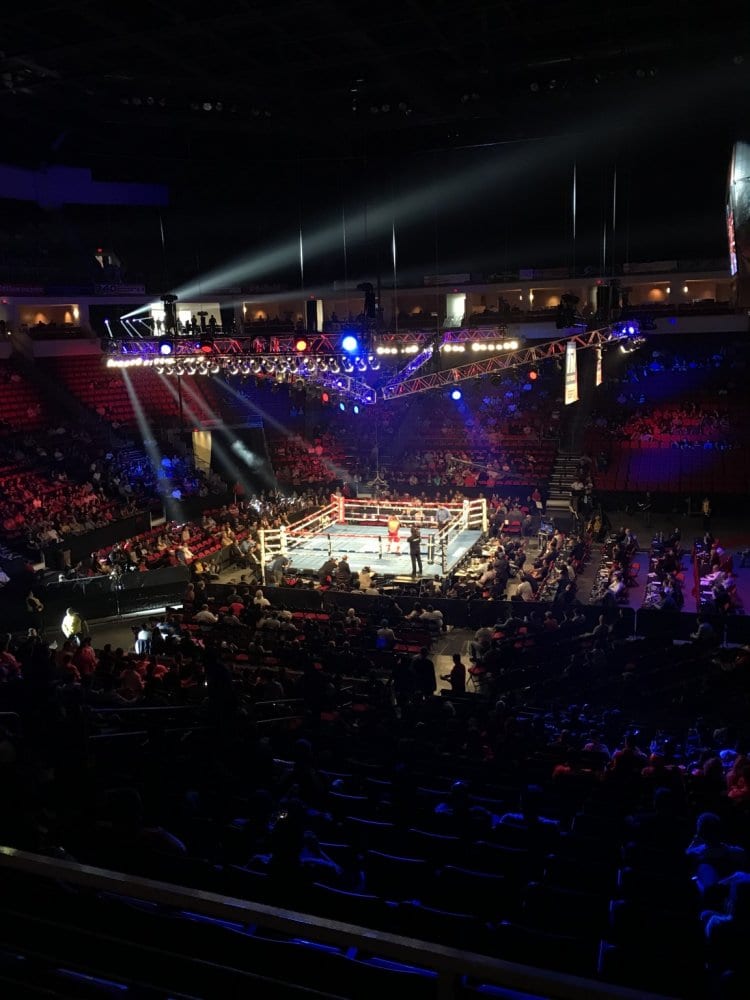 Super featherweight John Vincent Moralde and Ismail Muwendo throw distance out the window as the two traded punches in a boxing match that resembled Rock’em Sock’em Robots. Moralde picked up an eight-round decision. The scores were 76-74, 76-74 and 77-73

Featherweight Isidro Ochoa of Fresno, CA picked up a hard-fought six-round decision in which both fighters had bloodstained faces as Ochoa remained undefeated.

Top Fresno, CA lightweight prospect who could soon be fighting at super featherweight Bryan Lua impressed as he got a third-round TKO over Francisco Camacho, dropping his opponent twice in the third with the second shot ending the bout. “Pita” Garcia, Robert Garcia’s son, worked Lua’s corner appeared to have a very close relationship with the fighter as speech between the second and third round seemed to motivate Lua to get the stoppage.