Lukie Ketelle
0 0 0
Boxing manager Rich Masini announced that welterweight Anthony “Juice” Young has signed a promotional contract with Real Deal Entertainment.
Young (18-2, 6 KOs) of Atlantic City will make his debut under the Real Deal Entertainment banner when he takes on this Saturday night when he takes on Enver Halili (10-1, 3 KOs) in a scheduled eight-round bout at Boardwalk Hall in his hometown of Atlantic City.
“I am happy to join Real Deal Boxing.  They are an up-and-coming promotion,” said Young.
In Halili, Young will be fighting the brother of a former opponent who defeated Young for one of his two defeats.
“I expect a tough fight.  I saw his fight against Raymond Serrano, and I think he was winning until he got disqualified.  I expect to get the victory..  At the end of the day, he is not his brother Skender.  When his brother beat me, it was just a little setback.”
The Atlantic City native is honored and motivated to be performing on Atlantic City Boxing Hall of Fame weekend.
“It is special to fight at Boardwalk Hall.  I am now at the point of my career, that I am set on bigger fights, and it is an honor to fight on Atlantic City Boxing Hall of Fame weekend.  It motivates me as I want to be inducted when my career is over.”
Masini, who has managed Young for the last six-years, is excited at the new partnership that he has for his fighter.
“I have seen “Juice” Improve greatly over his last seven fights.  It is Anthony’s commitment and his team led by trainer Raul “Chino” Rivas that have done a great job with his preparation,” said Masini.  “In addition, Anthony’s dad, Teany has helped me in the management end of things.  I am very proud of him.  He has matured inside and outside of the ring.”
“I am looking forward to working with Real Deal Entertainment.  Sal Musumeci has been a long time friend, and this is the final piece of the puzzle in terms of completing the team around Anthony.  The reason that I am in this business is that of people like Anthony.  He is loyal, dedicated, and now has all of the pieces to become world champion.  We have tried to keep him busy, but in the last eight months, we have had some fights fall out, but we are back on Saturday against Enver Halili.  “Juice” will be ready to show all that he is on the rise.”
Tags:Anthony Juice Younganthony youngAtlantic CityBoardwalk HallHall of FameJuiceNew JerseyReal Deal Entertainment
Previous post

Damien "Sugar" Vazquez looking to go to the next level 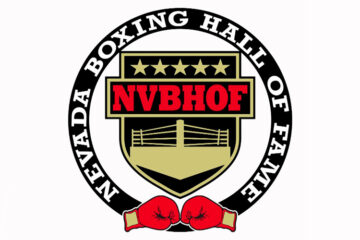