I started out this evening overhearing that Sagadat had 300 amateur bouts under his belt. A few more fights make Aguirre slightly more prepared for fighting on a pro card but amateur bouts have earned Rakhmankull the toughness and experience needed to corner Aguirre and work the body in the opening round. The second and third rounds went to Rakhmankul. The fighter from Kazakhstan showed better footwork and overall better skills. Rakhmankul was cut in fifth, but nothing stopped him from dominating his opponent. In the closing round Aguirre waved his arms calling for more action from opponent but at this point it was a losing battle. 60-54, 59-55, 59-55, Sagadat Rakhmankul for the win.

Brennan ‘B-Fly’ Macias came out with the energy of a came to impress, baby faced 18 year old and rapidly deployed body shots. I thought he might punch himself out but at the start of the second round, but he did not disappoint by keeping his energy levels the same. Adyaka, stepped into the ring with a 7-11-0 record, seemed docile and only in it to stay standing and protect his head. I was hoping to see more from Adyaka but B-Fly landed a right that would end the fight late in the second round. KO for Brenna ‘B-Fly’ Macias who’s record improves to 3-0 2 KOs.

Trevor McCumby stepped into the ring just short of a two year suspension for a failed drug test. You pull for fighters after transgressions in the hope that they have learned their lesson. McCumby started the round with a nice left-right combo in the first minute. McCumby was compact in his stance and seriously fast throughout the second. A quick, well thought out combination to the head in the third ended the fight for Nicklow and McCumby picks up his first victory in two years.

Ambrizs’ shorter reach cut Lozada, on his right ear early on by a glancing left and repeated solid hits on the inside started off an exciting slug fest. Even with the shorter reach,  Ambriz had the upper hand in the third and fourth. Round four was a hard one to score, I called it even. Rounds 5 through 7, favored Lozada, after it seemed that Ambriz was gassed out. In the sixth round Lozada came out stronger with a better command of ring center and the seventh felt as if all of the gas was out of the tank. The eighth and final round was an evenly thrilling battle to the end however, this fight was too close to call either way ending in  78-74 for Lozada, 79-73 for Ambriz and 76-76 draw.

Panchito entered the ring to a raucous hometown crowd. Serrano brought the crowd to their feet shouting, MEXICO! MEXICO! There was a lot of excited energy from the crowd tonight. The first round went to Serrano though even with DeVaca’s heavy hitting body shots. In round two, Panchito DeVaca started off with a few left and right hooks and away they went with a slug fest that delighted the crowd. The second round was hard to call but I swayed towards DeVaca. We shall see what the judges have to say. Panchito seemed to have gunpowder packed in his right hand as he punished Serrano through the middle rounds. At one point Serrano charged forward to try and keep DeVaca off balance, but the damage was done. This fight is clearly headed towards DeVaca’s favor. The final three rounds were hotly contested with some nice exchanges, however, DeVaca picked up the unanimous decision victory.

Castro has a clear size and four inch reach advantage over Olguín. Castro has a big speed advantage, and both fighters appear to be very defensive throughout the first couple of rounds. In the third round Castro landed a fast right hand which brought some life to the crowd. Olguín returned fire with his own right to briefly stun Castro. In the end Castro picked up a slow paced unanimous decision win in a fight that was not too exciting.

This is my passion piece. I love boxing. I love it enough to care about the fighters beyond the glory of the ring. I was disappointed by this match up. Edgar Cantu may be tough and able to take a punch but does that mean this was a good match up? No. As this fight plowed through eight painful to watch rounds, I could hear a row of people behind me question why this fight was allowed to continue. Conceciao has a glaringly obvious height and reach advantage which adds to the obvious mismatch. In my most humble opinion Cantus’ corner and management should not have let this fight happen. Conceciao was deducted a point in the fourth for a low blow, but to be fair it seemed as if Conceciao was intentionally going to the body instead of Cantus’ head to avoid doing any more damage. Cantu was dropped to a knee in the sixth round by a big right hand. We know the chances these fighters take when they step into the ring but Cantu is getting punished and there is no end in sight. All three judges scored the fight 80-71, awarding the the lopsided unanimous decision victory to Conceicao.

Dogboe made quick work of Otake with laser like focus. Dogboe blasted him with a quick uppercut and a damaging left hook that knocks Otake down, Otake receives the standing 8 and with less than 10 seconds later, 6 left hooks and a small uppercut end Otake’s attempt at besting the Junior Featherweight champ. It’s over with :42 left in round 1. Dogboe annihilates Otake and retains his WBO belt in Phoenix tonight.

It didn’t take long for the highly touted Mayer to get to work, dropping Kiss just ten seconds into the fight. She followed up with long shots to the head and body and clearly imposed her superiority over the out gunned Kiss. In the third round another big right hand really hurt Kiss and she did not come out for the fourth round, awarding Mayer with a TKO victory.

The first round is a slow paced feel out round, however a right hand opened up a gash on Beltran. The second and third rounds were more of the same, Beltran did open up a lot more to try and test Pedraza’s chin, but Pedraza controlled the pace early on still. Both men had their own moments of success, landing power shots on one another, and imposing their own game plans. Pedraza received his second warning for head butts in the sixth round. Beltran looks like the plan is to wreck the breadbasket since Pedraza is effectively defending his head and anything that may end the fight for him early on. The cut definitely seemed to be a factor, however, Beltran’s corner did a great job at keeping it closed. Beltran began to take over it seemed and continued to get Pedraza trapped along the ropes and in the corners. As the fight began getting into deep water, both men really picked up the pace here and the power shots rained down.  The eleventh round was a nail biter, Pedraza finally dropped Beltran with a quick, powerful combination. The knockdown would be the nail in the coffin for Beltran in what was a close fight to this point. Beltran quickly returned to his feet but spent the remainder of the round on the ropes while Pedraza brought a rain of dynamite packed punches that would tilt the fight in his favor. The final round was filled with toe to toe action that brought the crowd to their feet. The judges were all in agreement, 115-112 for Pedraza on all three cards as he dethroned Beltran and picked up the WBO Lightweight Championship. A possible showdown against Lomachenko in December could be the next outing for Pedraza.

Lemeiux, O'Sullivan promise to leave everything in the ring 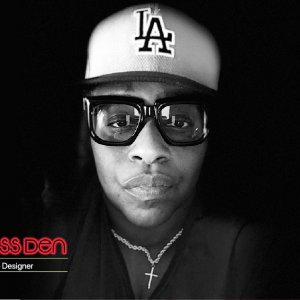